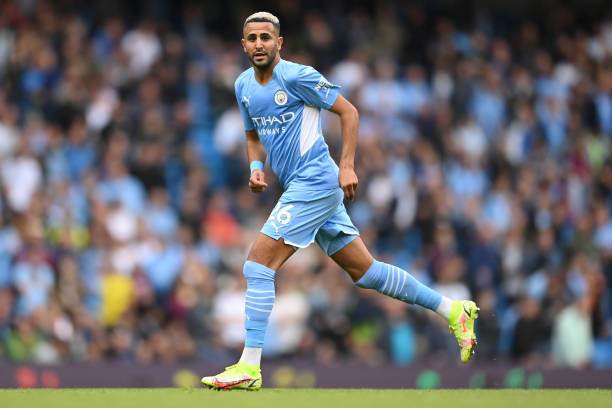 Amid speculation that Cristiano Ronaldo's move to the Etihad is getting closer, Manchester City are seemingly ready to sell one of their attacking stars as a result.

With the Juventus forward having reportedly agreed "personal terms" with the Premier League side, manager Pep Guardiola is now said to be ready to part ways with one of his most valuable players.

According to transfer expert Fabrizio Romano, Raheem Sterling will be moved on if the Portuguese striker joins the Citizens.

The England star is valued at €90 million (R1.5 billion) by Transfermarkt, but it remains unknown what price tag the Manchester club would place on him.

This would not be the first time Sterling has been linked with an exit from the Etihad, though.

It was previously reported that the Jamaica-born attacker was offered to Tottenham Hotspur as part of an attempt to get the London club to move from their original valuation of captain Harry Kane, who has since confirmed he is staying at Spurs this season.

According to lastwordonsports, City are ready to wait for an appropriate offer for Sterling as there is no urgency to sell the former Liverpool star, but it has also been suggested that the winger's game time would be affected most if Ronaldo signs as they occupy the same positions on the pitch.

Meanwhile, striker Gabriel Jesus, who remains linked with an exit from City, could be set to stay at the club as Guardiola would reportedly prefer to keep the Brazilian on his roster, despite interest from a number of teams.

Where does Sterling rank among City's highest earners? Have a look below: