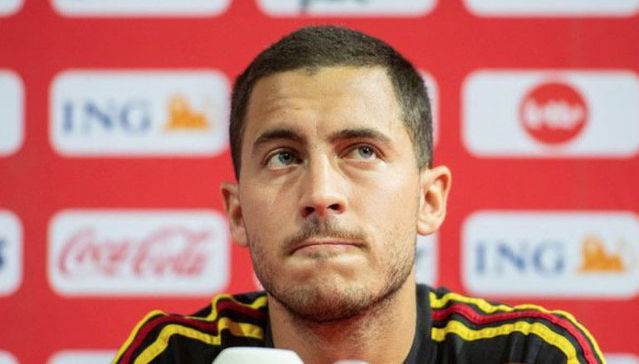 READ: Mourinho: I'm not on vacation

The Belgian has long been linked with the LaLiga giants, and he has previously spoken glowlingly about a possible move to the Santiago Bernabeu.

The arrival of Maurizio Sarri at the start of the season changed the 28-year-old’s perspective, who has now put talks of a Real move on hold.

“I’m not working on that right now,” Hazard told VTM News, according to Sky Sports.

“I want to shine with Chelsea for a few months and try to win the Europa League. This week I think about the Red Devils (Belgium) and then back to Chelsea. Then we’ll see,” he added.

Sarri has previously stated he is ‘not worried’ about the possibility of losing Hazard as he only wants players ‘who want to play for Chelsea’.

Real reportedly saw their first official offer rejected by the Blues this week, with the player citing the next two months as ‘very important’ in pursuit of the UEFA Europa League and top-four.

“I don’t think about what can happen in two, three, four, five months. I don’t know, we’ll see,” Hazard said.