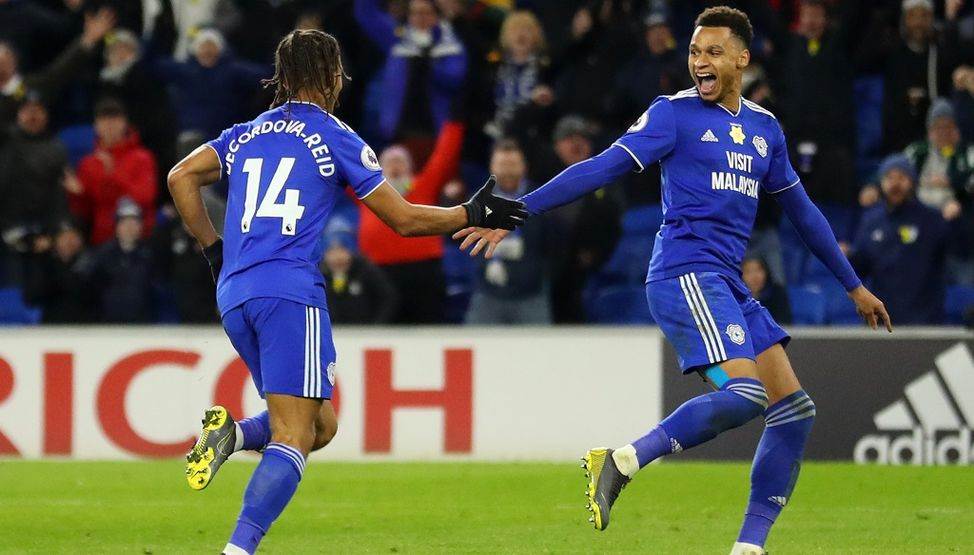 The hosts were awarded a penalty after just five minutes when Steve Cook handled the ball in box. Bobby Reid stepped up and calmly slotted down the middle to put Cardiff ahead.

The Cherries took control as they went in search of an equaliser and they were nearly rewarded in the 26th minute when South African-born midfielder Andrew Surman rattled the crossbar with an effort from distance.

Eddie Howe's troop pushed for an equaliser in the remaining stages of the half, but they were unable to bypass the Cardiff defence, who were sat quite deep.

The hosts doubled their advantage straight from the onset in the second half as Reid managed to get behind the Bournemouth defence to round Artur Boruc and slot into an empty net.

The visitors responded with a double change on the hour mark as Jordon Ibe and Lys Mousset replaced Dominic Solanke and Junior Stanilas.

Bournemouth were presented with a chance to reduce the deficit with 20 minutes remaining, but defender Nathan Ake sent his header wide of the mark from a free-kick.

Unfortunately for the visitors, Ake's header was their final chance of the half as the men from Wales held on to claim a vital victory in their pursuit to beat the drop.