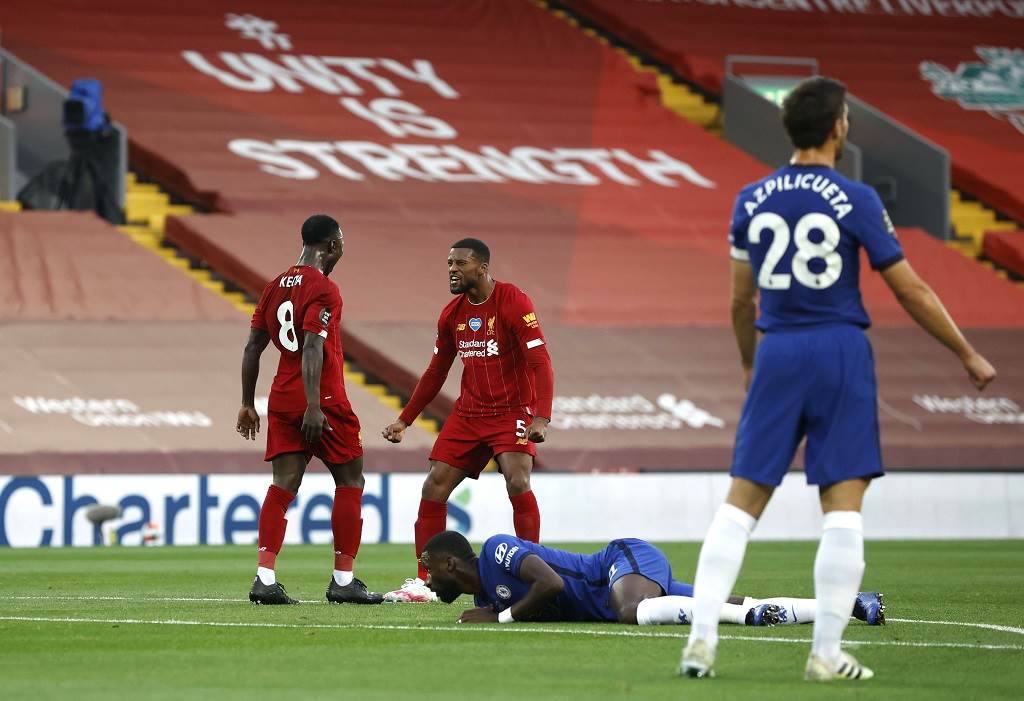 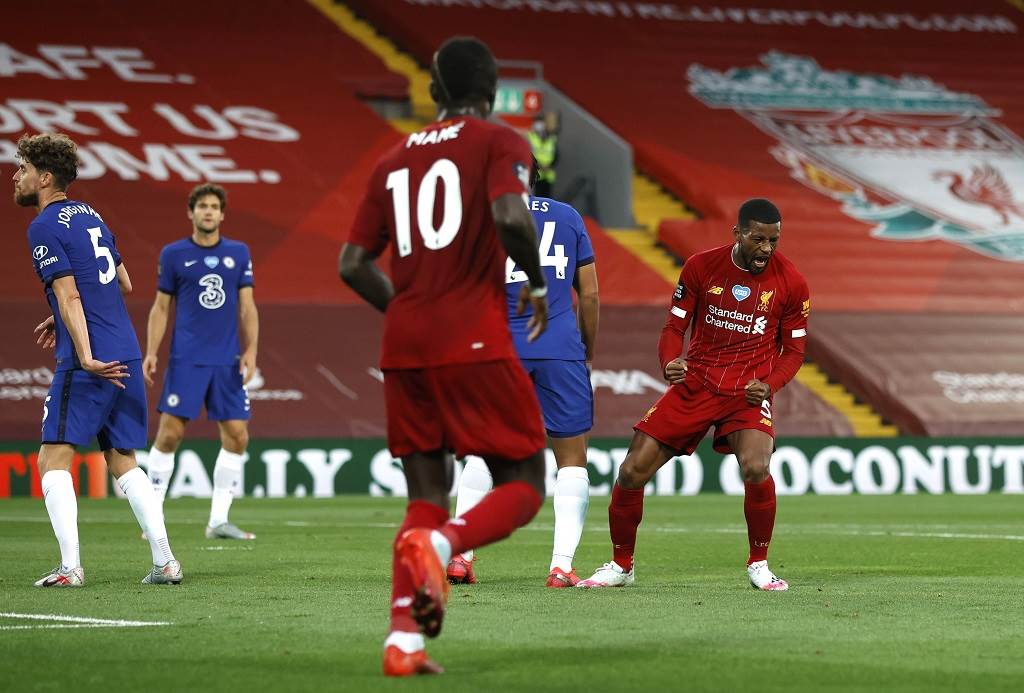 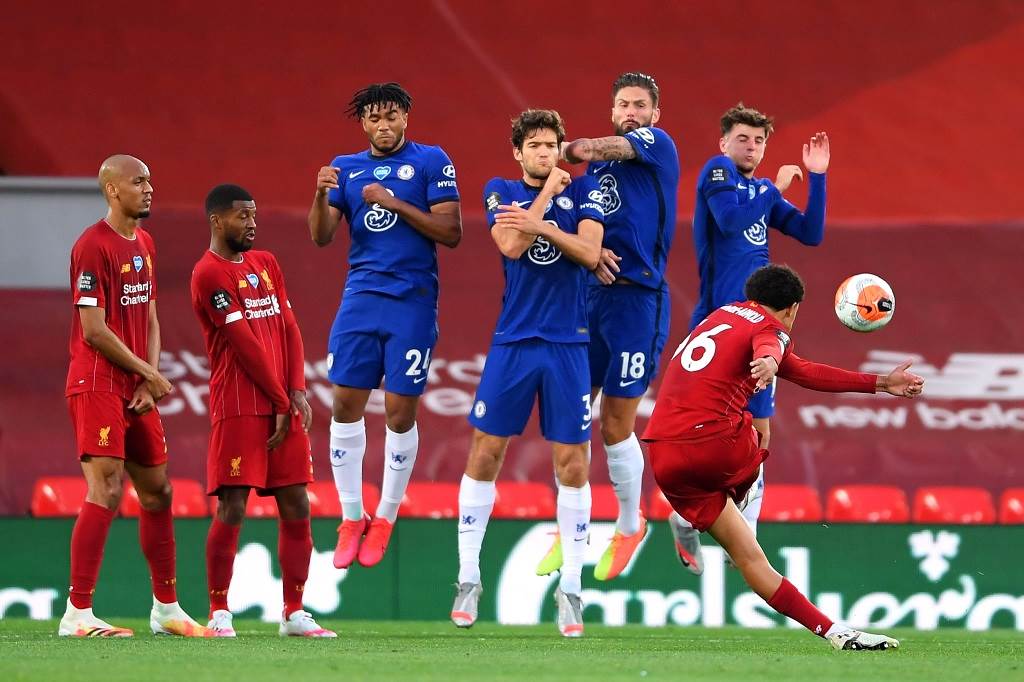 Chelsea will have to wait until Sunday to secure their top-four spot following a 5-3 loss to Liverpool at Anfield on Wednesday night.

Naby Keita was the home side’s only change from their defeat to Arsenal, as the Blues also opted for a single alteration in Kepa Arrizabalaga who replaced Willy Caballero between the sticks.

Following a lively start, the Reds got the breakthrough before the waterbreak when Keita retrieved possession near the area to thump in off the underside of the crossbar on 22 minutes.

A second goal beckoned after the half-hour mark as Mohamed Salah showed former AS Roma teammate Antonio Rudiger a clean pair of heels before flashing into the side-netting from a tight angle.

The Blues levelled before the break when Mason Mount drilled home after being sent clear, but it was disallowed for offside with the Video Assistant Referee concurring.

Liverpool stretched their advantage in the 38th minute when Trent Alexander-Arnold curled into the top corner following a free-kick after a foul on Sadio Mane.

Georginio Wijnaldum gave the hosts a third goal after volleying home Salah’s pin-point delivery from inside the area two minutes to halftime.

Chelsea responded right on the cusp of halftime when Olivier Giroud latched onto a save from Alisson Becker to turn home after Willian saw his initial strike parried.

The Reds took complete ascendancy ten minutes from halftime when Roberto Firmino directed Alexander-Arnold’s delivery beyond Kepa to end his drought at Anfield in the league this season.

An attacking substitution for the Blues followed as Callum Hudson-Odoi, Christian Pulisic and Tammy Abraham entered following the 59th minute.

Abraham announced his arrival inside two minutes after capitalising on Pulisic’s good work to tap into the bottom corner amidst an on-rushing Alisson.

Pulisic further reduced the deficit after 73 minutes when he controlled a looping ball into the area before arrowing into the top corner, with Alison left helpless.

However, A quick counter-attack from the Reds provided their fifth goal when Andrew Robertson drilled in a low cross from the left for Alex Oxlade-Chamberlain who thumped home five minutes from time to seal the win.