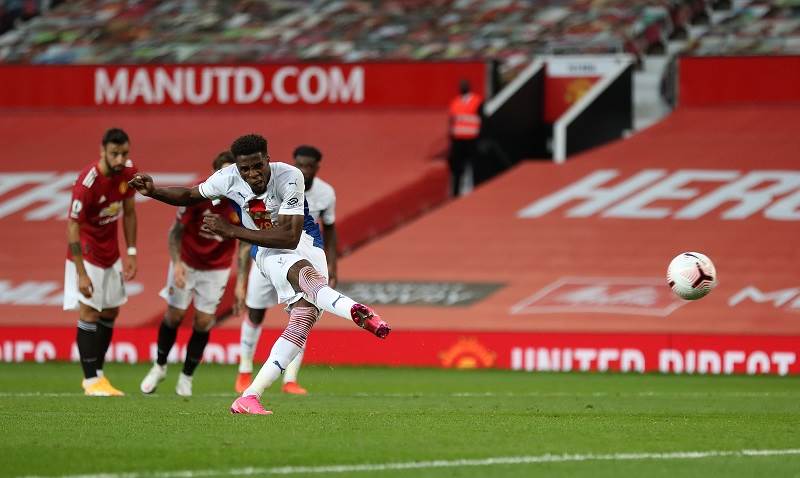 The Red Devils were stunned after seven minutes when a low cross from the left by Jeffrey Schlupp released Andros Townsend who propped up unmarked at the back-post for a close-range finish.

United launched their first effort on goal after Pogba forced Palace goalkeeper Vicente Guaita to a low save at the near post soon following the opening quarter of the match.

Palace could’ve gone further in front following the closing minutes of the half, but De Gea’s sharp reflexes spurned the blushes of Jordan Ayew.

The Red Devils turned attention to the dugout immediately after the break and introduced Mason Greenwood, who entered in place of James.

United were vulnerable on the counterattack earlier in the second half, as Ayew amongst others followed by Wilfried Zaha caused all sorts of issues.

It was time for new signing Van de Beek to make his bow for United following the 67th minute with Pogba making way.

Palace received a big chance to go further ahead in the final 20 minutes after the Video Assistant Referee intervened and awarded a penalty off a handball by Victor Lindelof.

Zaha stepped up to rifle the retaken spot-kick into the roof of the net as VAR once again intervened and penalised De Gea for moving off his goal-line after saving Ayew’s initial spot-kick.

Van de Beek marked his debut with a goal in the final ten minutes after latching onto a loose ball to drill into the bottom corner.

Zaha, however, sealed the win for Palace after he got goal-sie from the right to leave De Gea stranded with a low finish, as United start their campaign with defeat.