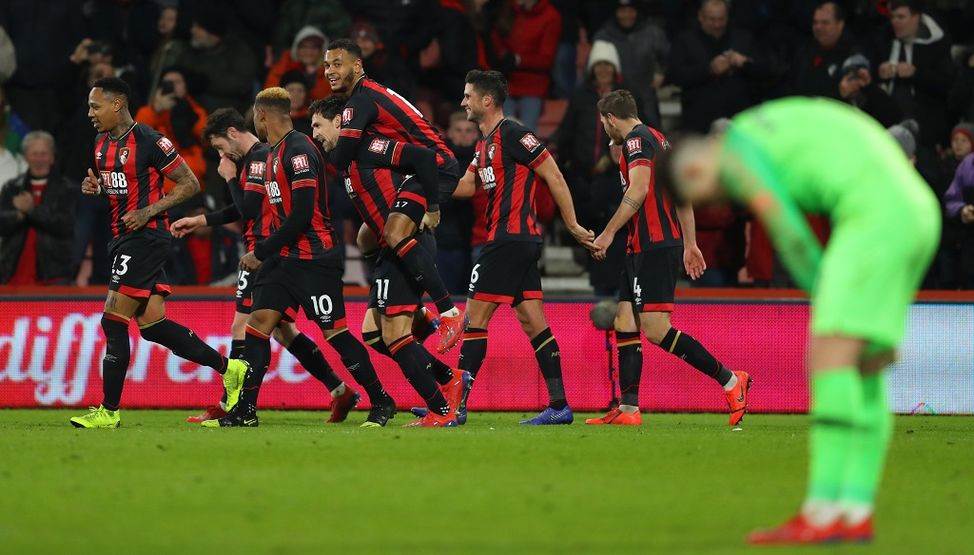 Liverpool missed an opportunity to extend their lead at the top of the table to seven points after drawing 1-1 with Leicester at Anfield.

Sadio Mane gave the hosts 3rd minute lead but Harry Maguire would equalize on the stroke of half-time.

The Reds are now five points clear of Manchester City at the summit.

Southampton came from behind to draw 1-1 with Crystal Palace at Saint Mary's Stadium.

Wilfried Zaha gave the Palace the lead in the 41st minute but his effort was cancelled out by James Ward-Prowse in the 77th minute.

Zaha was sent off in the 87th minute for picking up a second yellow card shortly after receiving his first for sarcastically applauding Andre Marriner's decision in the first instance.

Chelsea suffered their biggest league loss in 22 years when they were thrashed 4-0 by Bournemouth at the Vitality Stadium.

Goals from Charlie Daniels, David Brooks and a Josh King double sees the Cherries move in to fourth place on the standings.

Tottenham Hotspur came from behind to snatch a crucial 2-1 victory over Watford at Wembley.

Craig Cathcart gave the Hornets a 38th minute lead but Son Heung-Min (80') and Fernando Llorente (87') secured the three points in a dramatic finale to the game.