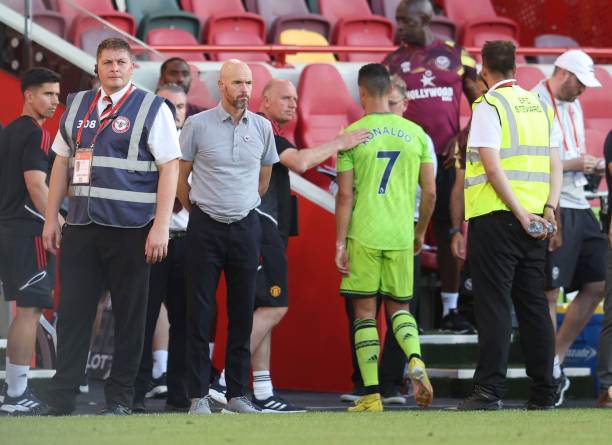 Since joining the Premier League club, the Dutch manager has insisted, when speaking to members of the media, that Ronaldo is an important part of his plans for the 2022/23 season, despite the superstar declaring to the club his intention to leave in this window.

Here are eight stars who could soon join United!

According to The Athletic, however, the former Ajax Amsterdam head coach has now changed his stance, and is willing to part ways with the forward following his problematic reintegration back into the squad after missing most of pre-season due to a reported family issue.

It is claimed that since the 37-year-old has returned to the club, there have been times when he sits by himself during lunch in the cafeteria at the team's training ground.

The report adds that there have also been instances of him "flapping his arms" in training and arguing against the high-pressing approach Ten Hag wants to implement.

While Ronaldo is believed to be training well despite the above, there is a feeling in the dressing room that his mood is having a negative effect on the team.

The Portugal captain was also seen exchanging some angry words with assistant coach Steve McClaren at the final whistle of United's 4-0 defeat to Brentford on Satruday after refusing to applaud his club's away fans who were at the stadium to watch the game.

However, while they are now understood to be willing to let Ronaldo leave, it is said that United's hierarchy will only consider selling the five-time Ballon d'Or winner if they can get an attacking recruitment in.

This has proved to a difficult task in this window as the club's pursuit of Antony from Ajax and Red Bull Salzburg's Benjamin Sesko were unsuccessful, while fans' reaction to Marko Arnautovic potentially joining the Manchester side led to negotiations over a deal being brought to a halt.