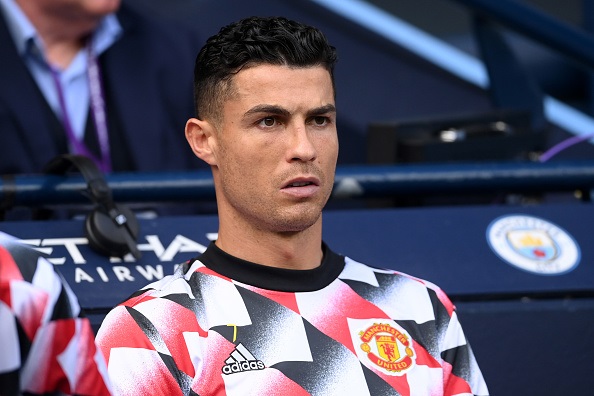 It has now been claimed that Manchester City boss Pep Guardiola was open to signing Cristiano Ronaldo before he returned to Manchester United in 2021, but a situation involving Raheem Sterling scuppered the move.

Prior to the Portugal superstar's return to the Red Devils in 2021, it was suggested that he was close to joining their rivals City instead.

Read: REVEALED: The threat Ronaldo made to his agent before Saudi move

However, it was reported at the time that he made a U-turn on the Citizens after receiving an offer from his former employers and subsequently rejoined United on a two-year deal worth £480 000 (R10.1 billion) per week.

Spanish outlet El Mundo has now claimed that the five-time Ballon d'Or winner's move to the Etihad was on the cards, but only fell through because Raheem Sterling stayed at City in August 2021, contrary to claims that Ronaldo had snubbed the five-time Premier League champions in favour of a return to Old Trafford.

It is said that Guardiola was not opposed to the 37-year-old's arrival, but the transfer depended heavily on the club offloading two attacking players, one being their all-time top goalscorer Sergio Aguero and the other Sterling.

City did manage to get the Argentine striker off their books as his contract had expired and he had a deal in place to join FC Barcelona, while the England international was also expected to join the Blaugrana in the same window.

However, the Jamaica-born Englishman ultimately failed to agree terms with the LaLiga giants and ended up staying in Manchester, thus blocking Ronaldo's path to the blue side of the town.

The Real Madrid legend would go on to make a stunning homecoming at the Theatre of Dreams, scoring a sensational brace on his second debut against Newcastle United, before things infamously turned sour following his tell-all interview with Piers Morgan, culminating in an acrimonious exit in November 2022.

Sterling, meanwhile, would only leave City the following season, signing for Chelsea in a deal worth a reported £325 000 (R6.8 million) a week, making him the highest-paid player at Stamford Bridge.