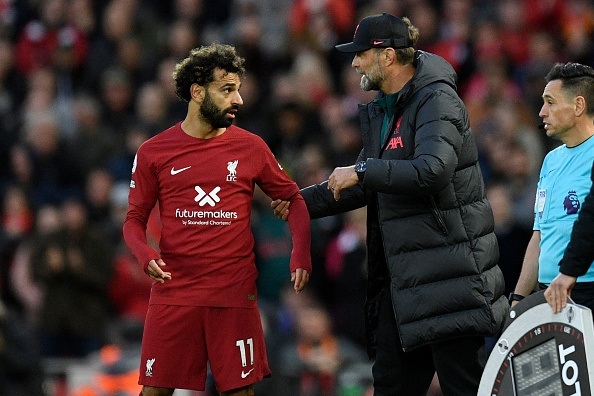 In July 2022, the Egyptian signed a new three-year contract with the Merseyside club, making him the Red's best-paid star on wages of £350 000 (R7.4 million) a week, according to The Athletic.

However, things have not gone according to plan on the pitch for both the player and the club since, with Liverpool having endured a massive drop in form that sees them languishing in ninth place in the Premier League, 21 points adrift of table-toppers Arsenal, at the half-way stage of the season.

Salah's performances have also been placed under the spotlight despite contributing with 17 goals and six assists in 29 games across all competitions, the most in the Liverpool squad.

It has been suggested that the Anfield outfit is set for a squad rebuild amid their struggles, and huge investment may be needed in order for them to kick-start an overhaul.

According to CalcioMercato, Klopp is unconvinced by Salah's recent displays, so much so that that he is considering selling the two-time African Footballer of the Year in order to get funds into the club.

The report claims that the Merseysiders would be prepared to take any fee from £70 million (R1.4 billion) up for the former Chelsea winger, with Paris Saint-Germain rumoured to be his most likely destination if he does move on.

It is further reported that if the 30-year-old leaves in the current window, Klopp will make a late move for Juventus attacker Federico Chiesa as his replacement, with the Bianconeri said to have slapped a £53 million (R1.1 billion) price tag on the Italian star.

The Italian club was recently docked 15 points in Serie A for "financial irregularities and false accounting" in their transfer dealings, leaving them in 10th place on the league table at the half-way mark of the season.

Some believe that the Turin club could face a player exodus in the current and next transfer windows as a result, with several teams in Europe expected to raid the Old Lady for their best assets, especially if they fail to qualify for next season's UEFA Champions League.