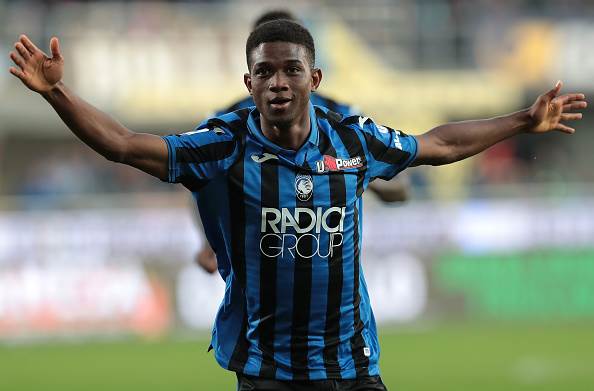 Manchester United are reportedly hoping to sign Ivorian wonderkid Amad Traore before the transfer window closes after so far failing to complete a deal to sign Jadon Sancho.

Ole Gunnar Solskjaer's side is said to have opened negotiations with Serie A outfit Atalanta over a possible deal for Traore, who is regarded as one of the most highly rated young players in Italy following his breakthrough last season.

The 18-year-old from Abidjan was promoted to Atalanta's first team in October, and marked his debut by becoming the club's youngest-ever debutant goalscorer, at the age of 17 years and 109 days, in their 7-1 victory over Udinese.

Local Manchester publication Manchester Evening News claimed that the Red Devils are "cautiously optimistic" over a deal for the African starlet, although there is no suggestion that negotiations have been concluded at this stage.

There is also no indication of the proposed transfer fee involved, but the suggestion is that United would have to fork out a considerable sum of money for the teenager, who has also courted loan interest from Parma.

One possible stumbling block is that Traore would not qualify for a work permit to play in England due to his age and lack of international experience, although this would be circumvented if he is in possession of an Italian passport.