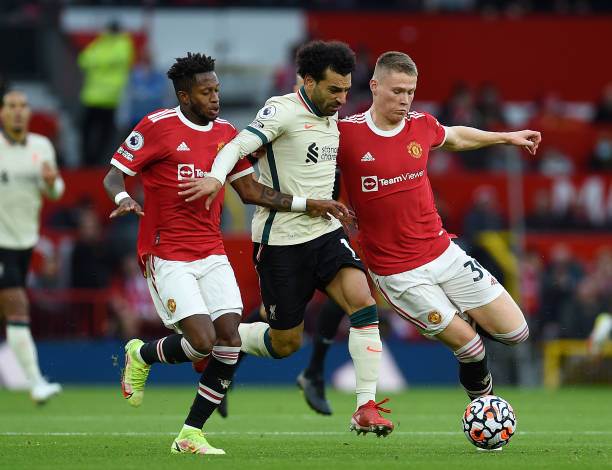 Ole Gunnar Solskjaer has addressed his future as the pressure continues to mount following Manchester United's five-goal humiliation at the hands of Liverpool on Sunday.

According to the Daily Mirror, the Red Devils suffered their heaviest defeat to the Reds since September 1895 as Jurgen Klopp's side ran riot to claim a one sided 5-0 victory.

The Manchester club's defence could not stop Mohamed Salah from breaking another record with his trio of goals taking him above Didier Drogba as the highest-scoring African in Premier League history.

Solskjaer was already under pressure before kick-off, with The Sun reporting that some of United's players are unconvinced that he is the right man to lead the team forward.

With all eyes on the Norwegian manager at full-time, he spoke about the situation United find themselves in and his future in a post-match press conference.

"Well, the only way I know how to approach life," Solskjaer said when asked how he plans to address the club's underwhelming performances of late, per Manchester Evening News.

"That's to wake up tomorrow morning, look forward, evaluate what's gone on, what's gone wrong, do my very, very best to come through a difficult time.

"This is the worst feeling. You feel rock bottom and the feeling we've had, that we are getting to where we want to be, has been there. But in the last few weeks we've hit a brick wall.

"Well, I've heard nothing else [on my future] and I'm still thinking about tomorrow's work. Of course, we're all low, I can't say now that I've felt any worse than this, this is the worse I've been, the lowest I've been, but I accept the responsibility, and that is mine today and it's mine going forward.

"But I've got to keep strong and I do believe in what we've been doing, the coaching staff, the players. Today's rock-bottom, low in confidence.

"Next week is Tottenham away, it's a Champions League game Atalanta, the next team who visits us is Man City. We have to look forward, sort our frames of mind out and make sure we go into the next training session in the right frame of mind."

Here are 10 stars who are available for free, per Transfermarkt