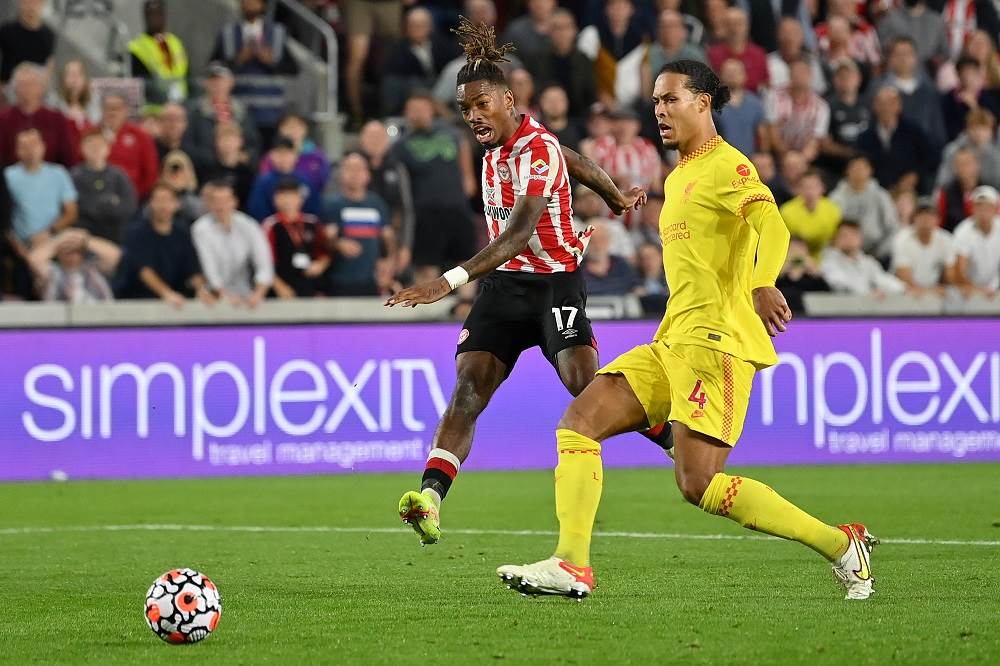 Liverpool were unfortunate not to go ahead in the seventh minute through a one-on-one from Mohamed Salah but after getting past David Raya, Kristoffer Ajer made a goal-line clearance.

The Bees put their noses in front three minutes from the half-hour mark after Ethan Pinnock poked a flick-on from Ivan Toney beyond Alisson Becker after leaping over Matip.

Jurgen Klopp’s boys came inches close to the lead six minutes to the break when a shot from Jones on the edge of the area deflected through Pinnock’s legs and onto the post.

The Reds were ahead for the first time nine minutes in as Mohamed Salah registered his 100th Premier League goal for the club when he ran onto Fabinho’s through ball to slam in off Raya.

Brentford didn’t give up but pushed the Reds back again midway in the second half after Vitaly Janelt headed a rebound from the crossbar past Raya amidst the efforts of Alexander-Arnold.

Jones restored the visitors advantage a little over the closing period when he saw his shot from the cusp of the area take a deflection and beat Raya.

Liverpool looked on course for the victory with fulltime looming, but Yaone Wissa made the most of uncertain defending in the last eight minutes to draw the Bees level with a stern finish.

Brentford nearly ensured the winner through a one-on-one from Toney, but it was called back for offside therefore it ended level-pegging.

Next on KickOff
Haaland to leave City early? Pep has his say