Click through the to see six players United could sell 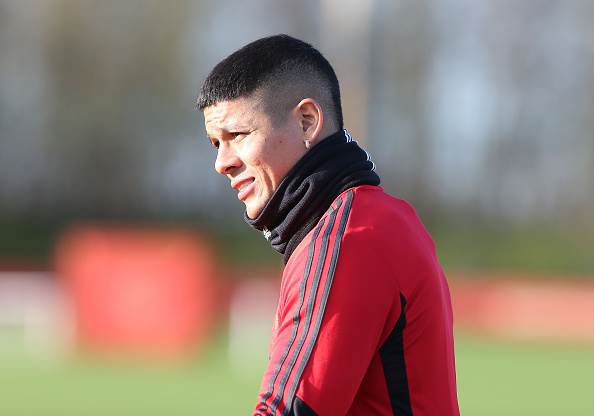 Manchester United are reportedly looking to sell six first team players as they aim to raise funds for new transfers.

The Red Devils have only signed Netherlands international Donny van de Beek from Ajax Amsterdam in the current transfer window, but have been linked with a number of players.

Borussia Dortmund's Jadon Sancho and FC Porto's Alex Telless are reportedly the club's main targets for now, but the Daily Mail reports they have to sell players before the can bring in new faces.

Defender Chris Smalling is one of the players that the club are reportedly looking offload after spending the last season on loan at AS Roma, who are now trying to sign him permanently.

The Sun claim the Red Devils are looking to secure £18million for the England centre-half, after the club already turned down a previous bid.

Attacking midfielder Andreas Pereira is reportedly also on the six-man shortlist, having not featured once this season.

The report claims that Brazilian midfielder is a target for Portuguese outfit Benfica after falling out of favour with Ole Gunnar Solskjaer.

While United have been struggling to offload players permanently, you can check through the gallery above to United's six-man exit list.