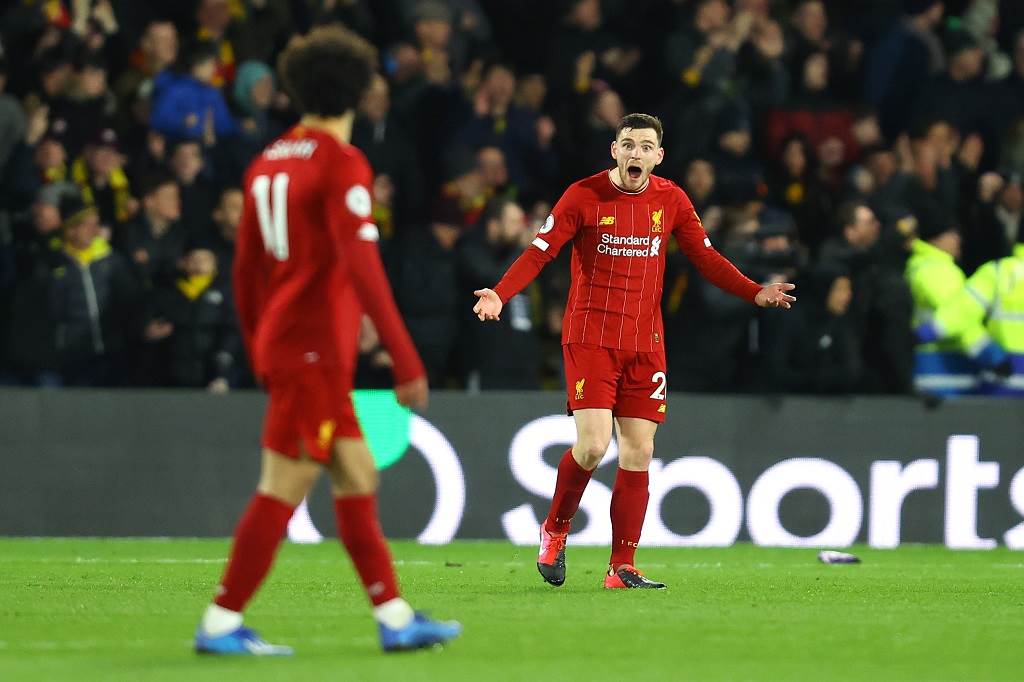 The Reds were brought down to earth in impressive fashion by Watford, who ended their long-standing unbeaten run in the Premier League last Saturday.

This followed elimination in the FA Cup at the hands of Chelsea in London earlier this week, leaving the Premier League and the UEFA Champions League as the trophies left to win.

Liverpool also have to make up ground in the UEFA Champions League last 16 second-leg in overturning a 1-0 first-leg deficit against Atletico.

“We’ve not been good enough. At Watford we weren’t at the races, [against Chelsea] in spells we were and then the last half-hour we weren’t," Robertson said, as per This Is Anfield.

“We’ve been beaten three of the last four and that needs to change. People keep saying we’re going to be Premier League champions but we’re not just now. We believe we’re still a bit off it.

“We need to get going again, get back to performing well first and foremost, and hopefully that starts on Saturday.”