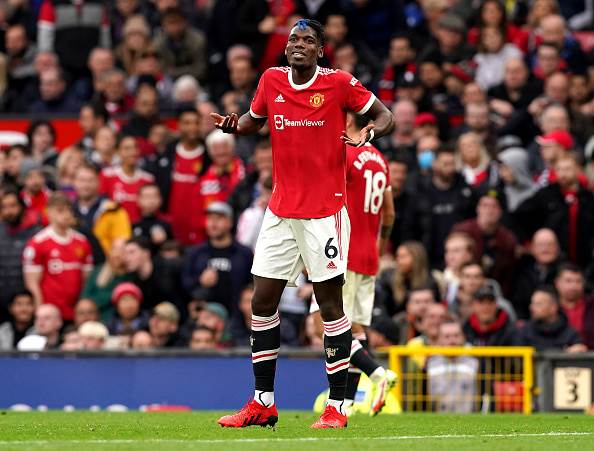 Scroll through the gallery to see six Manchester United stars who are linked with a move away from the club, including Donny van de Beek A Manchester United star's agent has reportedly been contacted by one of Europe's biggest clubs as they weigh up a move for the player in January.

With the arrival of new signings such as Jadon Sancho and Cristiano Ronaldo, this has resulted in a further struggle for game time for some of the club's fringe players.

Scroll through the gallery above to see six United stars who are linked with a move away from the club, including Donny van de Beek

According to the Italian newspaper La Stampa, Juventus director Federico Cherubini has "made contact" with the agent of Dutch star Donny van de Beek regarding a possible transfer.

The 24-year-old midfielder has cut a frustrated figure at United since joining the side from Ajax Amsterdam in 2020 as he has featured infrequently for the side to date.

His frustration showed when he had an outburst during a UEFA Champions League match against Villarreal in September for reportedly not being brought on by manager Ole Gunnar Solskjaer.

It is further reported that the Turin outfit were interested in signing the Dutchman during the latest transfer window too but no deal materialised then.

The Bianconeri are said to be keen on selling Welshman Aaron Ramsey and USA international Weston McKennie as they look to free up space for the possible incoming of Van de Beek, per Calciomercato.