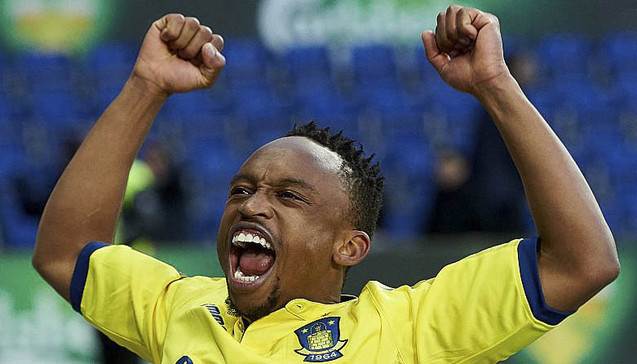 And although he says he wants to hear out Brondby first over a new deal, Phiri admits a move to Vienna is intriguing.

“Rapid Vienna is a good club with a fine history. I see it as a step up for me,” Phiri told reporters. “As a footballer you have to consider your options. You have to think about your own career.”

“I would love to stay at Brøndby, a club that has done so much for me. But it will also be a big step up for me to move.”

The Austrian league is rated considerably higher by UEFA compared to Denmark, with Rapid also competing in the UEFA Europa League.

Though the fact that Phiri has already played for Brondby in the competition this season means he will only be eligible for the Austrians from the group stages onwards if he does complete a move.