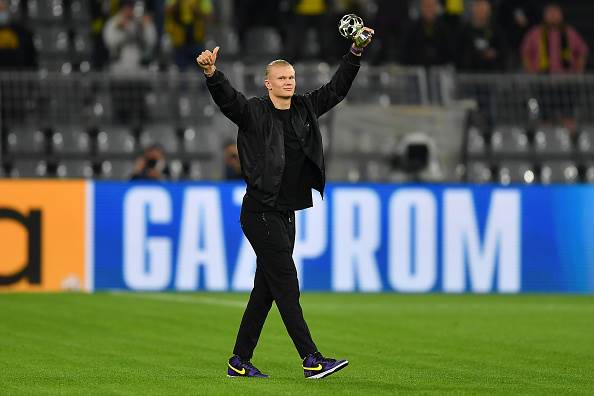 A number of stars have begun the 2021/22 leage season in blistering form. Here are the 10 best performers in Europe so far this season, including Mohamed Salah and Erling Haaland!

Sky Sports recently compiled a list of the best-performing stars in Europe's top five leagues so far in this campaign using their algorithm called the Power Rankings.

Scroll through the gallery above to see 10 best performers in Europe's top five leagues so far in the 2021/22 season, per Sky Sports' Power Rankings

The Power Rankings are "based on points awarded to players for 35 different statistics – from goals and assists, to blocks and tackles", according to the sports broadcaster.

"The standings take into account the number of points a player has earned up to the previous five matchdays of a season, with each previous game worth 20% fewer points in incremental deductions."

It will not surprise many that Liverpool star Salah is among the 10 best performers due to his exquisite form to date in this campaign – he has 12 goal involvements in nine matches across the Premier League and the UEFA Champions League.

The Egyptian is currently the English top flight's joint-top scorer, alongside Leicester City's Jamie Vardy, with six goals, and also netted a strike of individual brilliance in the Reds' latest league encounter, against English champions Manchester City at Anfield.

Read: 'Salah one of the Ballon d'Or contenders'

Meanwhile, in the Bundesliga, Norwegian sensation Haaland has been tearing it up with seven goals and four assists in just five games so far.

However, the highly-rated striker has missed Borussia Dortmund's past two league matches due to a muscle injury, although he still ranks quite high among Europe's best players so far in this campaign.

Other top performers so far this season, according to Sky Sports' Power Rankings, include Kylian Mbappe and Karim Benzema – scroll through the gallery above to see the full top 10!