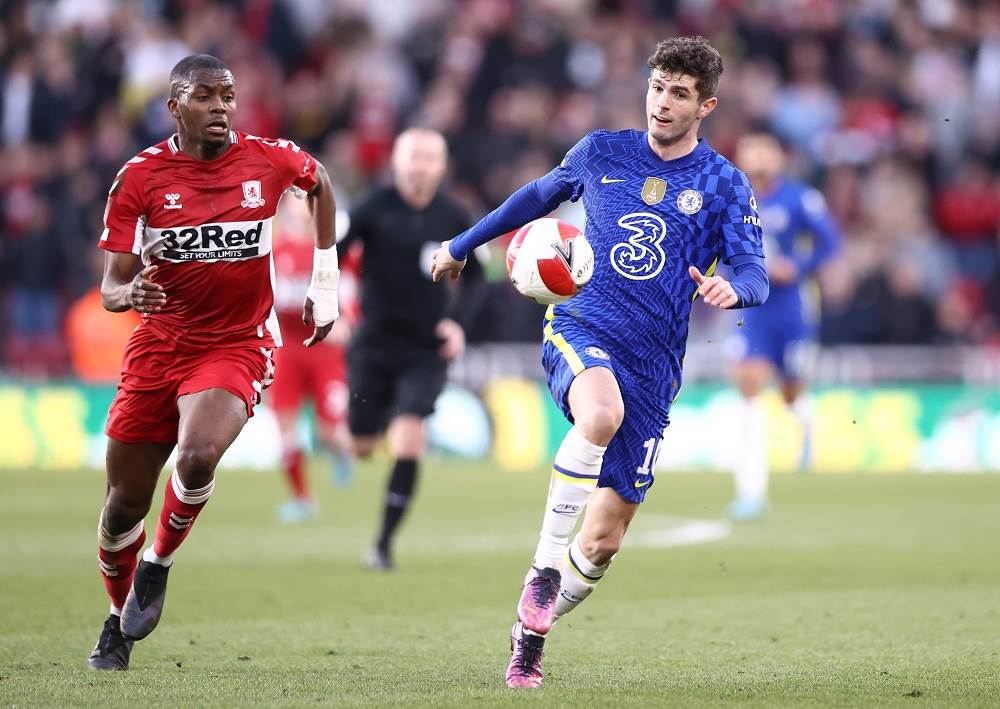 Chelsea cruised to the semi-finals of Emirates FA Cup after defeating Championship side Middlesbrough on Saturday evening.

Romelu Lukaku, Mason Mount and Hakim Ziyech, who started on the bench against LOSC Lille on Wednesday in the UEFA Champions League saw the Blues start them from the off this time around.

It was Lukaku and Mount that combined on 15 minutes to break the deadlock when the Blues turned defence to attack and released Mount down the right to play in Lukaku for an easy tap-in.

Boro were pinned back again minutes later and almost conceded a second four minutes later from a header by Thiago Silva following a corner-kick by Mount.

The Blues evidently bagged a second shortly after the half-hour mark when Ziyech worked an opening and cut into the area to fire in off the gloves of goalkeeper Joe Lumley.

Chelsea possessed complete dominance closer to the halftime period and closed-in on a third from a short-corner routine by Mount and Ziyech, but to no avail.

There were a new entry from the dugout of the host straight at the resumption with defender Sol Bamba introduced and Dael Fry removed from the field of play.

Mount was at the heart of another move for the Blues minutes after returning from the break off a delivery from a corner to Antonio Rudiger.

Chelsea launched further threats in the latter periods when a free-kick from Mount met the head of Timo Werner and subsequently drew a clever save from Lumley.

The Blues were granted more chances to increase their advantage following the closing exchanges of the match, but emerged 2-0 victors regardless.

Next on KickOff
FA Cup wrap