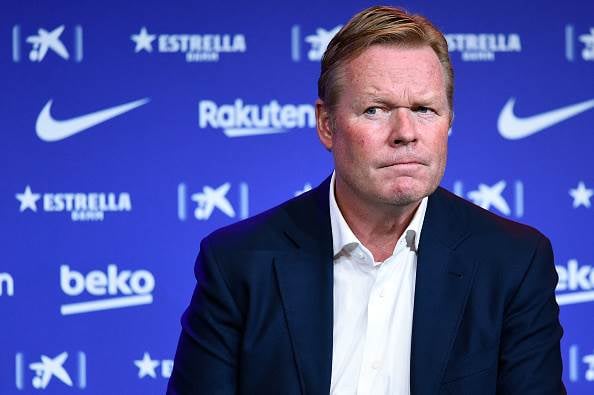 FC Barcelona are said to have already begun the process of finding a new manager, with current boss Ronald Koeman reportedly facing the axe following a string of disappointing results.

The Dutch tactician has come under fire for his side's poor run of form that has seen them lose their opening two 2021/22 UEFA Champions League games, against Bayern Munich and Benfica, by 3-0 scorelines.

Along with a few more displeasing results in the Blaugrana's LaLiga campaign, Koeman's situation in the club's hot seat has sparked up strong reports of his potential sacking, and there is even talk that candidates for the job have already been approached.

"Barcelona are looking for a new manager and the current plan is to change – it could take some days," Italian journalist Fabrizio Romano wrote on Twitter.

"[The] process started with the whole board involved. [They are] talking with many different candidates to replace Ronald Koeman."

Furthermore, reports in Spain suggested that a few tacticians have already been lined up, with Catalunya Radio reporting that former Barca star Xavi Hernandez and Belgium coach Roberto Martinez are being considered for the role, while former Juventus manager Andrea Pirlo is also "liked" by club president Joan Laporta.

According to RAC1, another manager being considered is Marcelo Gallardo, who is currently in charge of Argentina giants River Plate.

Ex-Blaugrana striker Luis Suarez, meanwhile, has weighed in on the situation at the Camp Nou, commenting on the possibility of Xavi returning to the club as a coach.

"As a football fan and what he [Xavi] has done as a player, I do not think that today, tomorrow, or the day after is the time to coach the team," Suarez said in an interview with Sport.

"He is intelligent and knows the difficulty of the club. He must wait for the moment.

"He has teammates inside with whom to he will have to make decisions and it will be difficult."

Here are 11 managers who are available right now