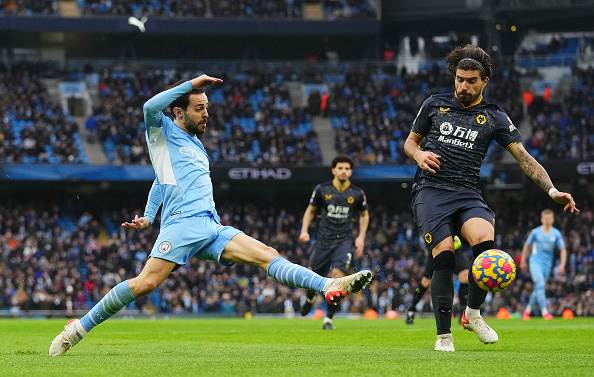 The Spanish giants have been one of the busier sides in the transfer market in recent times as they look to bolster their squad ahead of Xavi Hernandez's first full season in charge in 2022/23.

The Spaniard has already brought in the likes of Dani Alves, Ferran Torres and Pierre-Emerick Aubameyang, as well as Adama Traore on loan. Scroll through the gallery to see the five players FC Barcelona are preparing to sign in the next window, per Fichajes

With three of the Blaugrana's latest four signings coming from the Premier League, the club has now seemingly set their sights on yet another English top-flight star as their rebuild in the post-Lionel Messi era continues.

According to the Daily Mail, the Catalan giants have opened talks with Wolverhampton Wanderers midfielder Ruben Neves' intermediaries regarding a possible transfer in the next window.

It is claimed the Portugal star, who has also been linked with a switch to the Red Devils and the Gunners, is open to a move away from Molineux even though he still has two years remaining on his contract with Wolves.

Despite having a lot of options in the central midfield positions, including Sergio Busquets, Frenkie de Jong, Nico Gonzalez, Pedri, Gavi and Riqui Puig, the Blaugrana are reportedly intent on adding reinforcements in that area, and have also been linked with Manchester United's Paul Pogba and AC Milan's Franck Kessie.