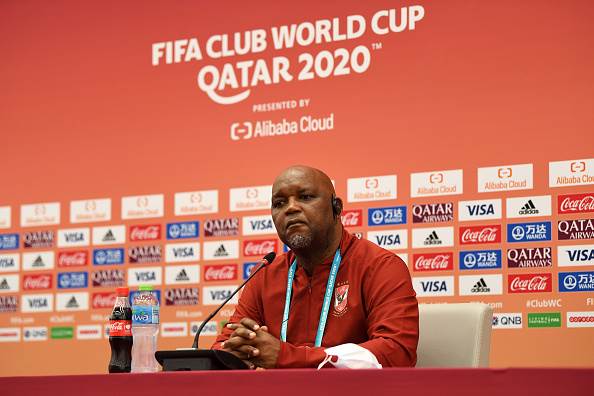 Al Ahly suffered a 2-0 semi-final defeat at the hands of the reigning European champions on Monday but the Egyptian giants were widely commended for their performance against their more-favoured opponents.

Among those who were quick to praise Mosimane's charges was 2005 Ballon d'Or winner Kaka, who said that the club's performance was evidence that the success of other Egyptian players such as Mohamed Salah was not a once-off thing.

"Of course, what we saw was the product of Al Ahly’s work. This is the stage of results," the former AC Milan and Real Madrid star shared during a press conference with the FIFA legends.

"For us and the teams from South America, we know that the competition is tough. To play here, the qualification process is difficult. This team deserves its spot here.

"Now looking at Salah, he is not an exception, but rather an indicator of the development of Egyptian football, when we see this level. I must congratulate Egypt for their players' development, and they deserve to be here.

"The game was interesting, especially in the second half, when each team was playing their best football. Also let’s not forget the fans, who deserve to be here."

Mosimane will lead his team into action again on Thursday afternoon when they go head-to-head with Brazilian side Palmeiras in the Club World Cup's third-place play-off.

Next on KickOff
Al Ahly hint at Mosimane contract situation