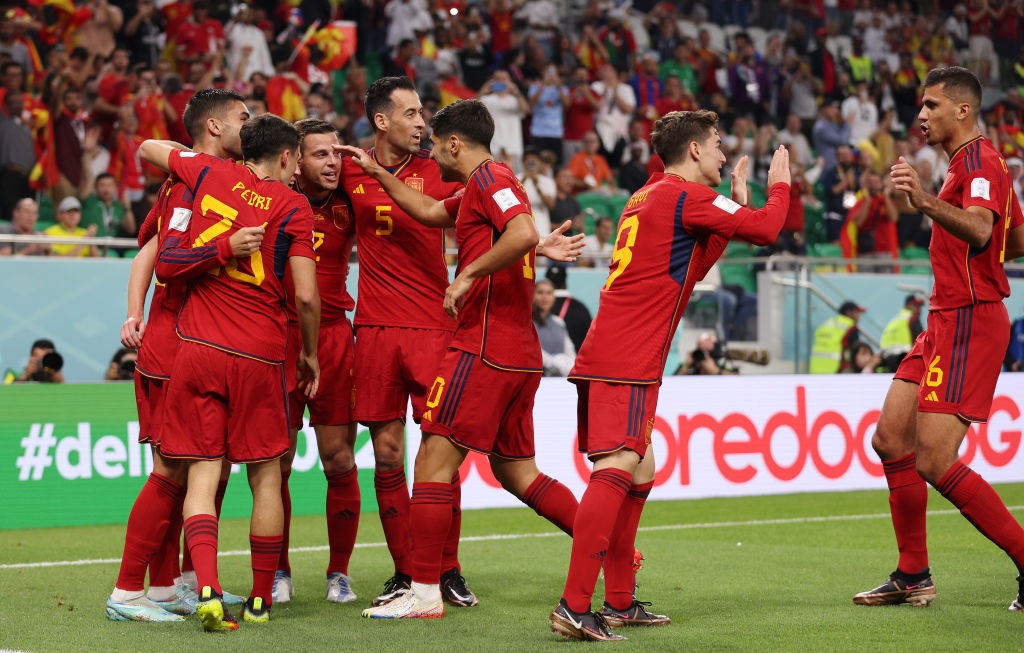 Spain made a blistering start to the 2022 FIFA World Cup after hammering Costa Rica 7-1 on Wednesday evening.

There was a tournament debut for Gavi and Pedri who were joined midfield by Barcelona teammate Sergio Busquet, while Costa Rica gave young Jewison Bennette his World Cup debut.

After a lively start, La Roja broke the deadlock after 11 minutes where a clever pass in space from Gavi was brought under control by Dani Olmo, who found the back of the net with a first-time finsh.

Spain extended their tally ten minutes later after Marco Asensio arrived on the inside left of the area and fired home a square pass from Jordi Alba into the bottom corner of the net.

Alba was at the heart of another move around the half-hour mark as he drew a foul in the area to win a penalty and Ferran Torres went up and slotted in the resultant spot-kick to make it 3-0.

With Spain in cruise control, a substitution before the start of the second half saw Costa Rica bring on Kendall Waston and removed Carlos Martinez.

Spain added a fourth goal in the opening nine minutes from the break when Bryan Oviedo lost possession to Torres in the area and allowed the forward to turn and slot in the far corner.

La Roja bagged a fifth soon after, as a flowing move from one end to the other end of the pitch saw Gavi volley in from the edge of the area and became their youngster scorer at the tournament.

The 2010 World champions weren’t done and made it six when substitute Carlos Soler attacked a loose pass from a spill by Keylor Navas and bundled home on the stroke of full-time.

Spain grabbed a seventh goal two minutes in additional time after Olmo laid off a pass in the area to Alvaro Morata, who slotted in slot in the near post as Luis Enrique's men enjoyed a superb start.