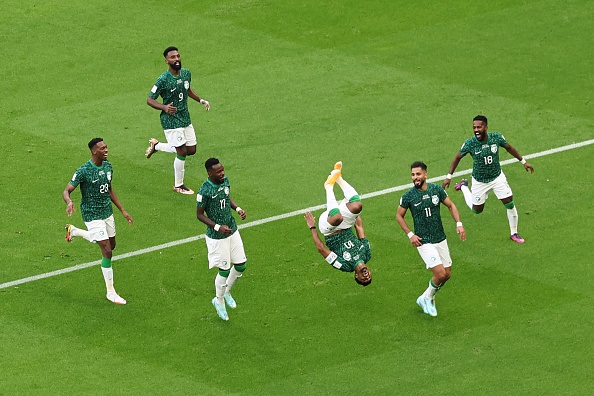 Just three days into the tournament, the Saudis caused a huge upset when they handed Argentina, who are almost 50 places ahead of them in the world rankings, a shock 2-1 defeat at the Lusail Stadium on Tuesday.

Read: Messi: We messed up

The victory sent those from the Asian country into complete jubilation, with the triumph also ensuring they are the first non-European side to beat the reigning Copa America champions at the World Cup since Cameroon in 1990.

To mark the historic moment, King Salman announced on Tuesday that the following day, Wednesday 23 November, will officially be a public holiday, according to Vangaurd.

All public and private sector workers, as well as students at all educational levels, have abruptly been given the day off thanks to the national team's stunning result.

Kick off the excitement with a R25 Sign-Up Bonus from Hollywoodbets!

Reacting to his men's display against the Albiceleste, Green Falcons manager Herve Renard said: "Congratulations to these fantastic players.

"I decided to come to this country three and a half years ago and since this time I've had the management, amazing president and the ministry of sport were always behind us.

"Even when we visit our prince two, three weeks ago he didn't put any pressure on us.

"This is the way you have to work in football because when you are putting too much pressure ,it's not working all the time.

"We prepared very well and today all the stars in the sky were in the same line for us.

"But don't forget Argentina are still a fantastic team. They came here without losing lose any game in 36 and they are South American champions.

"They have amazing players, but this is football.

The Persian Gulf outfit now occupy first place in Group C, followed by Mexico and Poland, who played out to a goalless draw on Tuesday evening, while the Albiceleste lie fourth on the table.

Saudi Arabia will face the Poles next on Saturday, while Lionel Scaloni's wounded Argentina will take on the Mexicans later that same day.