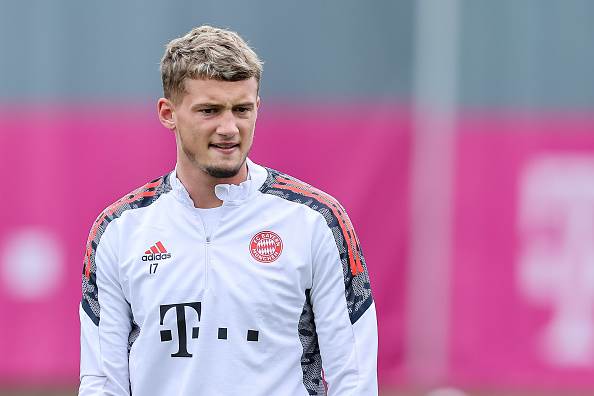 German giants Bayern Munich have punished five of their stars after they reportedly refused to get vaccinated.

With COVID-19 case numbers said to be going up in Germany, the government has enforced a number of new regulations in order to curb the spread of the virus.

As a result of the new measures in place, the Bavarians informed their players last week that the club would not be paying anyone who missed any club-related activities due to being unvaccinated.

Things took a turn when two Bayern players, Niklas Sule and Josip Stanisic, tested positive for COVID-19 last week, and soon after that, the club's five unvaccinated players – Serge Gnabry, Joshua Kimmich, Jamal Musiala, Eric Maxim Choupo-Moting and Michael Cuisance – were forced to quarantine as they all had been in contact with someone who had tested positive for the virus.

Although Sule and Stanisic were confirmed by the Bundesliga side to have been vaccinated, it still meant that the unvaccinated five would not be paid for each match and day of training they miss while self-isolating, per Bild.

Kimmich missed Bayern's latest Bundesliga game, a shock 2-1 loss Augsburg, while Musiala, Gnabry, Cuisance, and Choupo-Moting all featured in the matchday squad for that fixture, but were subsequently forced to self-isolate following that defeat last Friday.

None of them were present for Bayern's 2-1 over Dinamo Kiev in the UEFA Champions League on Tuesday night.

According to German outlet Kicker, the five players are annoyed that their docked salaries have been made public, while The Athletic has claimed that although some of them have accepted the pay cuts, others are considering legal action.

Here are the 11 nominees for The Best FIFA Men's Player 2021 award, including a certain Bayern star