Nine confirmed deals you missed on the weekend 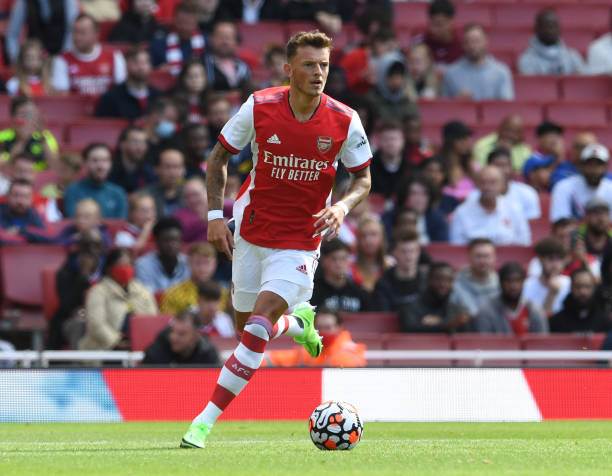 Arsenal confirmed their third-most expensive signing ever, while the "Scottish Messi" has left Portugal after seven years. Here are nine transfers you may have missed on the weekend!

The Gunners completed their acquisition of England defender Ben White for a reported £50 million (R1 billion) – making him the club's third-most expensive signing ever, behind Pierre-Emerick Aubameyang and Nicolas Pepe – on Friday evening, and will be hoping he helps solidify their backline.

The 23-year-old enjoyed a successful 2020/21 campaign after breaking into Brighton & Hove Albion's first team, and was rewarded with a spot in the Three Lions' 2020 UEFA European Championship squad.

Controversial striker Marko Arnautovic was widely linked with a return to the Premier League, but all speculation regarding the Austrian was ended after his move to Serie A side Bologna was announced on Sunday.

The 32-year-old, who has left Shanghai Port F.C. two years after his shock €25 million (R434 million) move to China from West Ham United in 2019, was reportedly snapped up by the Italian club for just €3 million (R52 million).

The "Scottish Messi", Ryan Gauld, burst on to the scene with Dundee United as a 16-year-old back in 2012, but has struggled to live up to the nickname bestowed on him. The winger moved to Sporting Lisbon in 2014 but endured a difficult seven-year stay in Portugal, consisting of multiple loans and injury issues.

The 25-year-old has now completed a move to Canadian side Vancouver Whitecaps, where he will look to regain his best form.

Over in Spain, former Real Madrid forward Pedro Leon moved from recently relegated Eibar to LaLiga2 side Fuenlabrada on a free transfer.

The 34-year-old was released by his former team after scoring just two goals and providing five assists in his last 51 appearances for the club – scroll through the gallery above to see some other transfers that were confirmed on the weekend!