Paris Saint-Germain star Kylian Mbappe has given an explosive interview in which he has revealed some shocking details about his recent experiences with the France national team.

In a recent and lengthy interview, Mbappe spoke openly about what happened following France's disappointing run at the 2020 UEFA European Championship, from which they were eliminated by Switzerland in the round of 16 via a penalty shootout.

Les Bleus entered that competition as one of the favourites despite being drawn in a group alongside Germany, Portugal, and Hungary.

The 2018 FIFA World Cup winners eventually went down 5-4 on penalties following a 3-3 draw after extra-time with the Swiss, and superstar Mbappe was the only player to miss from the spot.

The 22-year-old has now detailed the experience he endured following that night, revealing that he has contemplated quitting international football.

"I have never taken a single euro to play for the French national team and I will always play for my national team for free. Above all, I never wanted to be a problem," Mbappe told L'Equipe.

"But from the moment where I felt like that, I was starting to become a problem and that people felt I was a problem.

"I received the message, that my ego was what made us lose, that I wanted to take up too much space and that without me, therefore, we might have won.

"I met with the president [Noel Le Graet] and we talked about it.

"What I went to complain to him about was that I was insulted and called a 'monkey' for missing a penalty.

"That is not the same thing. I will never complain about a penalty. The penalty, I was the one who missed it."

Here are the 10 highest-ranked nations in the game, per FIFA's latest world rankings 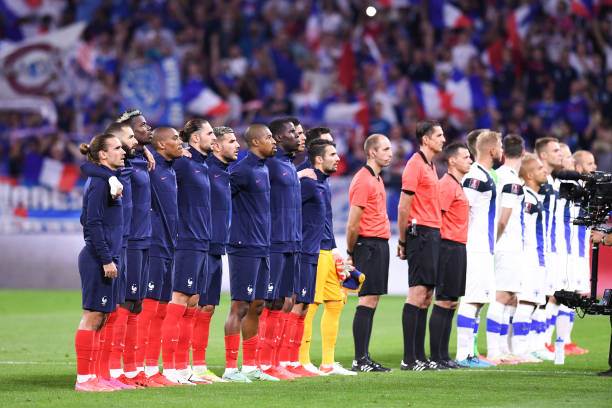