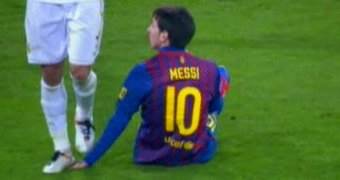 Barcelona and Real Madrid are set to lock horns on Sunday, in what will be the first ElClasico of the 2021/22 season. Here are seven unforgettable moments this tie has offered us in the past!

Regarded as arguably the biggest derby in world football, this weekend's Clasico is sure to entertain once again, just as it has many times in the past.

Scroll through the gallery above to see seven unforgettable ElClasico moments

One such example is when the football world was left in awe after Ronaldinho's outrageous performance against Los Blancos in the 2005/06 season – both sets of fans at the Santiago Bernabeu had no option but to applaud the Brazilian as he scored two goals for Barca in a 3-0 win over their bitter rivals.

The strike everyone remembers was a moment of brilliance from Ronaldinho as he raced down the left wing, dribbled past Sergio Ramos and Ivan Helguera and slotted the ball into the back of the net.

Speaking of moments, Blaugrana legend Lionel Messi has a plethora of them in this prestigious fixture.

The Argentine has a number of ElClasico records to his name, but one of his most iconic moments ever happened in the 2016/17 campaign, when he took off his shirt and held it aloft in front of Real's fans after scoring a 92nd minute winner.

The battle of the cities comes with its own tension, but the hatred and anger were at an all-time high in the 2011/12 season, when a mass brawl broke out during an ElClasico.

With Jose Mourinho and Pep Guardiola's rivalry at its peak at that point, Barca were leading 3-2 in the second leg of the Spanish Super Cup when left-back Marcelo decided to lunge at Cesc Fabregas in injury time, with the match quickly descending into chaos as the players became embroiled in a huge skirmish.

Marcelo, Mesut Ozil and David Villa all subsequently received red cards, while Mourinho also faced a suspension for poking his finger into the late Tito Vilanova's eye – scroll through the gallery above to see more famous ElClasico moments from the past!