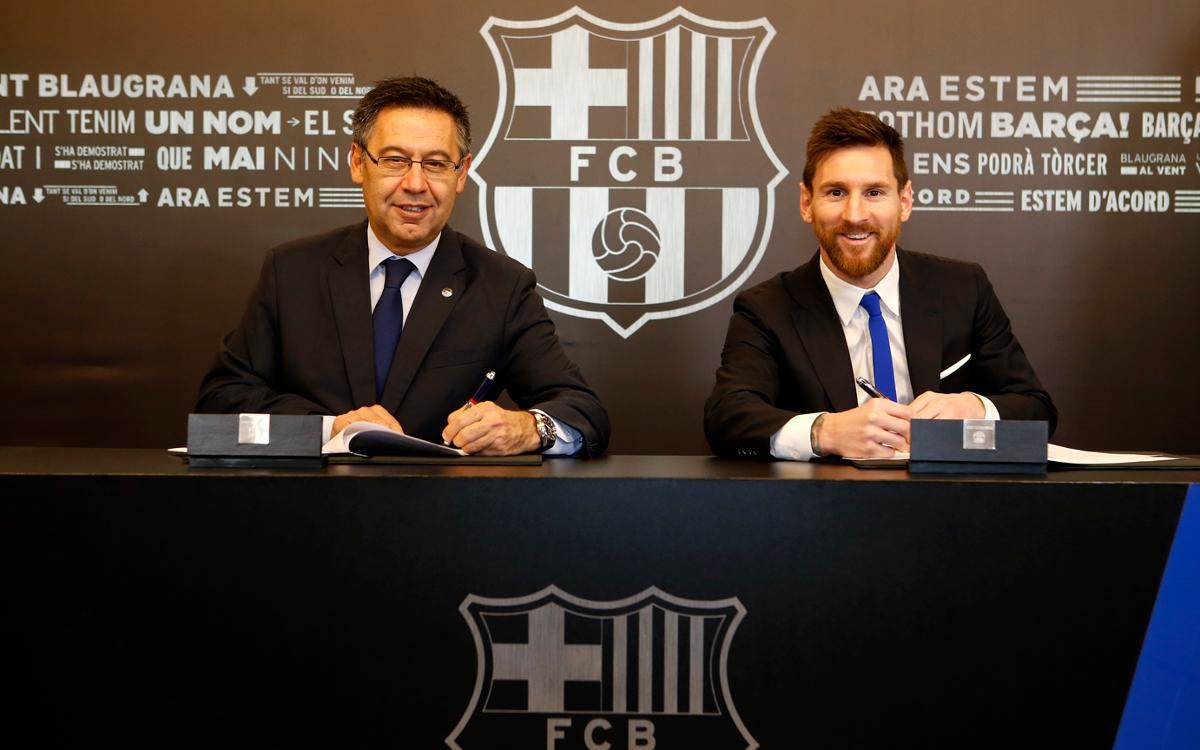 The local publication published the documents Messi signed in 2017 that broke down his staggering €555-million (R10.16-billion) possible earnings that's reported to be the biggest contract ever signed by a professional athlete.

According to ESPN, Messi is set to sue El Mundo and those possibly responsible within the Blaugrana for leaking the deal as only four copies of the historic deal exist.

The newspaper claimed that Messi was paid €115m - including image rights = to renew his contract while a loyalty clause consisting of two €77m bonuses were also agreed should he meet a certain requirement.

The report suggests Messi, Barcelona, LaLiga and the law firm used by the record six-time Ballon d'Or winner are the only ones who had access to the contract that appeared in Sunday's paper.

"In view of the information published today El Mundo, in relation to the professional contract signed between FC Barcelona and the player Lionel Messi, the club regrets its publication given that it is a private document governed by the principle of confidentiality between the parties," Barcelona said in an official statement.

"FC Barcelona categorically denies any responsibility for the publication of this document, and will take appropriate legal action against the newspaper El Mundo, for any damage that may be caused as a result of this publication.

"FC Barcelona expresses its absolute support for Lionel Messi, especially in the face of any attempt to discredit his image, and to damage his relationship with the entity where he has worked to become the best player in the world and in football history."

The report further added that it's unlikely the full €555m will be earned by the end of his historic contract on June 30 due to his wage-cut during the novel coronavirus.