LaLiga president Javier Tebas has seemingly revealed how FC Barcelona could have re-signed Lionel Messi, hinting that it was some of club president Joan Laporta's decisions that resulted in the Argentine's exit.

In August, Laporta confirmed that the Catalan giants could not afford to offer the six-time Ballon d'Or winner a new contract, despite the player himself offering to lower his wages by 50%.

The club was reportedly in a difficult position in the most recent transfer window, during which they struggled to sell a number of fringe players, while some stars who were on hefty contracts, such as Samuel Umtiti and Jordi Alba, were accused of refusing to accept a pay cut, per Barca Universal.

In addition, none of the new signings the Blaugrana had made in the window, including Sergio Aguero, Memphis Depay and Eric Garcia, were able to be registered by the club until the LaLiga giants had reduced their wage bill dramatically.

However, LaLiga chief Tebas has now insisted that Barca could have extended Messi's 21-year stay at the Camp Nou despite their financial issues.

"There was an agreement that if [Barca] signed the CVC deal, they could have put 15% of the money towards signing players. In my opinion, they could have signed Messi," Tebas said in an interview with COPE.

It is understood that the Blaugrana could have opted to agree to LaLiga's deal to effectively sell 10% of its business to CVC Capital Partners, which would have been worth €270 million (R4.7 billion) to the Spanish giants, according to ESPN.

However, Barca, along with Real Madrid and Athletic Bilbao, opted against signing the deal with CVC.

Here are four signings Barca have not yet fully paid for, per Marca 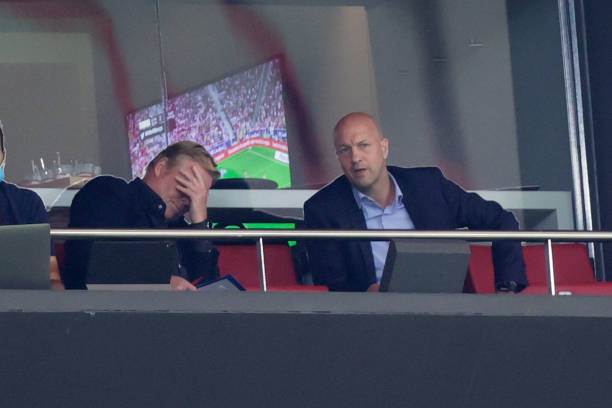 Scroll through the gallery to see four signings Barca have not yet fully paid for, per Marca
Next on KickOff
Barca to sell surprise star in January?