Lionel Messi was the star of the show once again on Sunday when he contributed with two goals and an assist in FC Barcelona's resounding 5-0 win over Alaves, breaking two all-time LaLiga records in the process.

The Argentine's brace took him to 25 goals for the LaLiga campaign, which, despite being his lowest league return since the 2008/09 season, was enough for him to see off competition from Karim Benzema to win the Golden Boot award.

In doing so, the 33-year-old claimed the seventh Pichichi trophy of his career, breaking the record of six he previously shared with Athletic Bilbao legend Telmo Zarra.

Messi's assist for Ansu Fati's opening goal also saw him break former teammate Xavi Hernandez's record for the most assists in a single LaLiga campaign, with the six-time Ballon d'Or winner having set up 21 goals for the season.

According to ESPN, that tally is the most across any of Europe's top five leagues over the past decade, equalling Bayern Munich star Thomas Muller's record, which was also set this season. Most goals in LaLiga history – 444 Most goals in a single LaLiga season – 50 Most assists in LaLiga history – 185 Most LaLiga titles by a non-Spanish player – 10 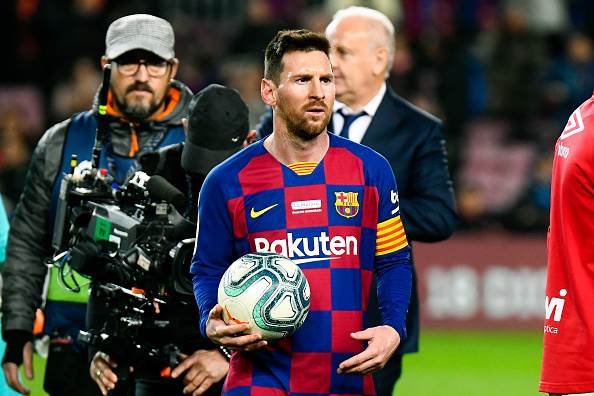 Most goals scored from free-kicks in LaLiga – 34 Most LaLiga matches scored in in a row – 21 Youngest player to reach 200 LaLiga goals and the first to score 300, 350 and 400 LaLiga goals
Next on KickOff
OFFICIAL: Benzema ruled out of World Cup