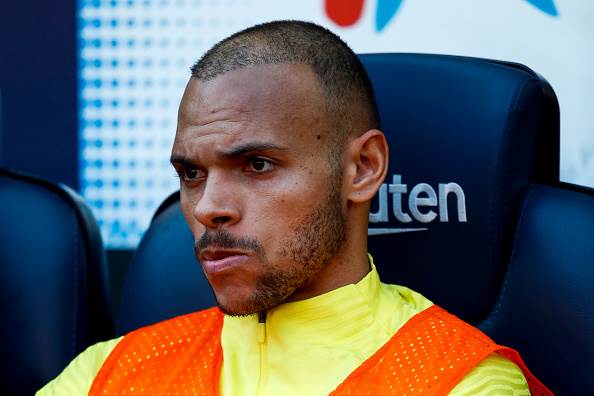 In February, following a long-term injury to Ousmane Dembele, Barca completed the signing of Braithwaite from Leganes after activating article 124 of the Royal Spanish Football Federation's (RFEF's) regulations.

The article allowed clubs in Spain to make a signing outside of the ordinary transfer window as an injury replacement for a footballer who would be sidelined for a period of five or more months.

The deal was met with widespread condemnation as Leganes, who were ultimately relegated at the end of the season, could not prevent the transfer from happening due to Barca activating the Denmark striker's release clause, nor did the article make provision for the club to sign a replacement.

This position has now changed after the RFEF released its new regulations on Tuesday, which, according to Sport, have completely done away with the clause in its entirety.

This means that teams will now only be able to register players during the two prescribed transfer windows, which currently occur around the start and mid-point of the LaLiga season.

The effect of this rule change is that, if a player suffers a long-term injury outside of the two transfer windows, the affected club will no longer be able to sign an injury replacement but will have to rely on the depth of their own squad until the next window opens.