Lionel Messi: It will be tough for Eden Hazard to replace Cristiano Ronaldo 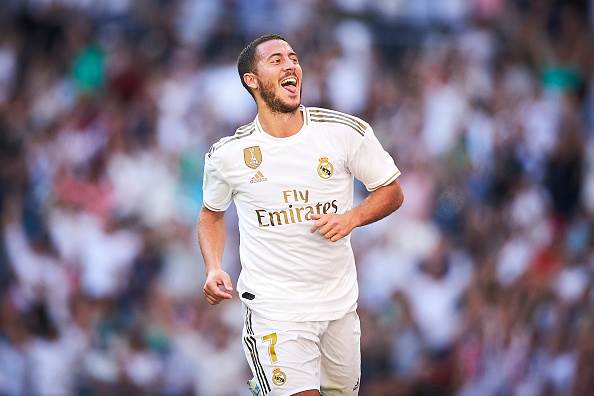 Los Blancos have yet to sign a like-for-like replacement for the Portuguese superstar, who left to join Serie A giants Juventus in 2017.

Hazard was seemingly brought in as a replacement for Ronaldo, but he is yet to hit the heights since his big-money switch from Chelsea before the start of the 2019/20 season.

Despite Hazard's qualities, the Argentinean superstar feels the two players are different.

"Hazard has a lot of quality. He’s a different player who can unbalance teams, but I think he’s different to Cristiano. He has other qualities," Messi told Marca.

"It’s really difficult to cover the loss of Ronaldo, but Hazard’s a great player."

It is well known that Messi does not enjoy being substituted, but he has no problem with Ernesto Valverde's rotation.

"Actually I think we are all very important," he added.

"There are times when it's another teammate's turn to play and I think you have to take it in the best possible way, being aware that the most important thing is that everyone in the dressing room feels important because we need everyone motivated to achieve the targets."