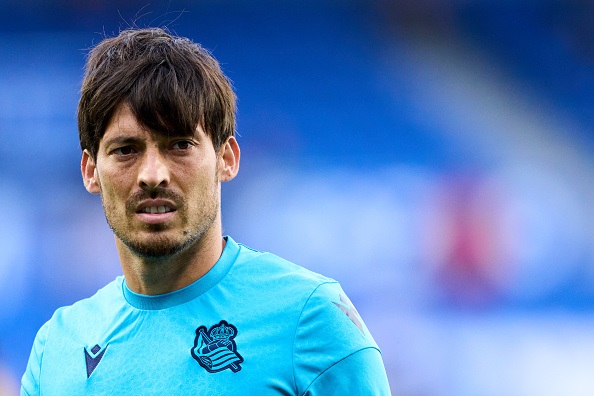 Manchester City legend David Silva has reportedly been instructed by a court to pay a fine of about R18 600 for assaulting a woman at a carnival.

According to Spanish publication Tiempo de Canarias, the Real Sociedad star has been issued a fine of €1 080 (R18 660) for aggressively handling a young woman during a fight that occurred at a festival in Spain back in June.

It is alleged the midfielder grabbed the reported victim by the arm in a rough manner, causing her to fall and sustain injuries.

Silva's actions are said to have "undermined the physical integrity" of the young lady, who suffered post-traumatic cervical pain, a bruise on her left elbow, as well as grazes to her knees. A finger on her left hand also sustained some damage as a result of the footballer's actions.

It is claimed that, during the incident, the 36-year-old was in the company of his brother Fernando Antonio Jimenez Silva and an unnamed third person who assaulted a young man with a stone and threatened to stab another individual with a knife.

All three defendants admitted to their wrongdoing, thus a trial was not required.

The 125-capped Spaniard, who won the 2010 FIFA World Cup with La Furia Roja in South Africa, is now required to pay his fine at a rate of €12 (R207) a day for three months for the injuries and material damage suffered.

"[The] perpetrator is responsible for a minor crime of injuries, with subsidiary personal liability in case of non-payment of one day of deprivation of liberty for every two daily instalments not paid," the judge in the matter said.

The unnamed third perpetrator was sentenced to an eight-month prison term for throwing a stone at a young man and was also ordered to pay a fine for the threats he made while wielding a knife.

You have to be SIGNED IN to read and post comments:

Related Links
Real Madrid star: Will I join Barca? I can't answer...
'I made deliberate mistakes during Chelsea games'
Rudiger: I've never experienced anything like what Ancelotti did for me
Next on KickOff
LVG 'sends World Cup warning' to Depay and De Jong