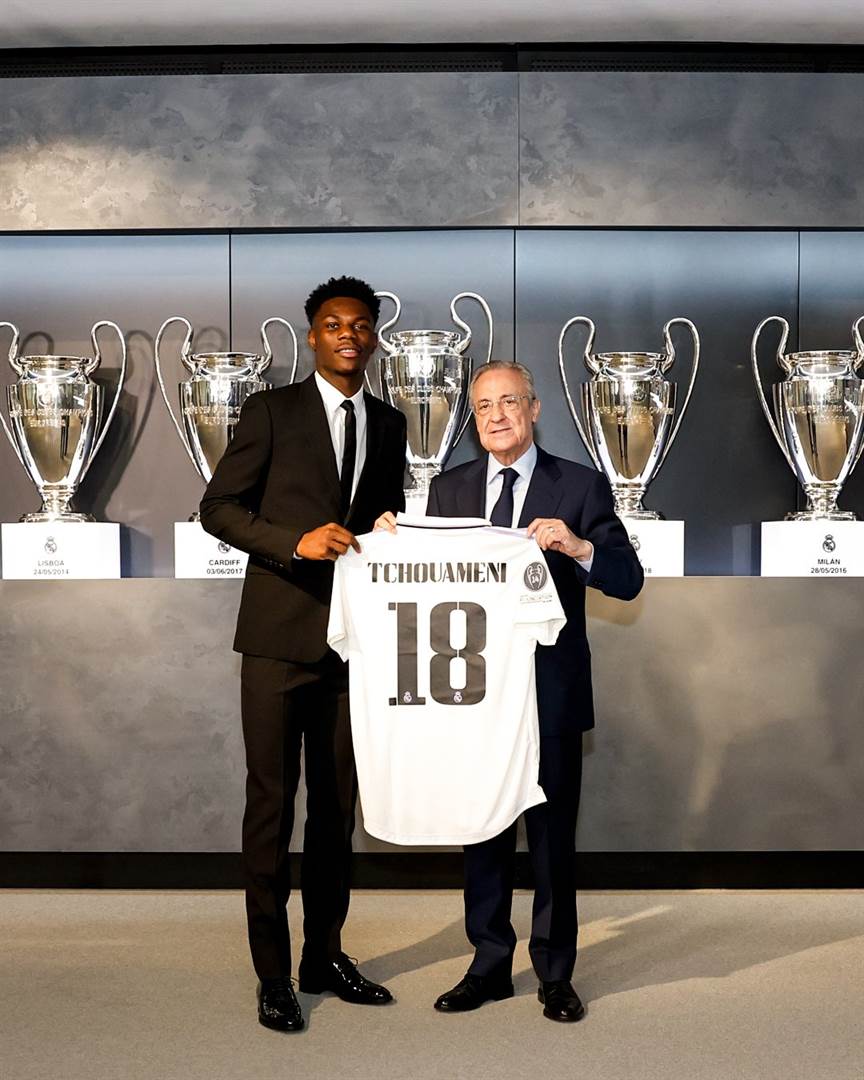 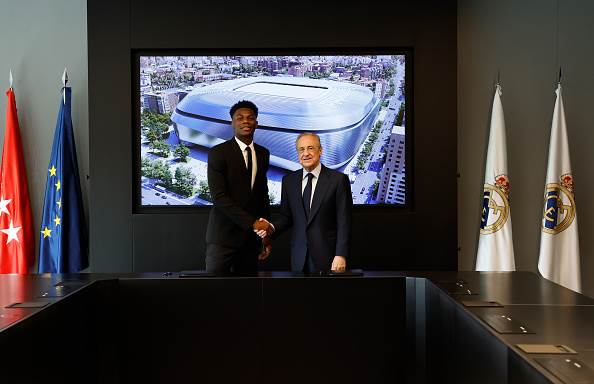 Real Madrid have officially unveiled their newest acquisition, a France star who cost them an initial €80 million (R1.3 billion).

Over the past weekend, Los Blancos confirmed their signing of midfielder Aurelien Tchouameni from AS Monaco on a six-year deal worth €80 million, which could rise to €100 million (R1.6 billion) depending on add-ons, per The Athletic.

Scroll through the gallery above to see Tchouameni's unveiling in Madrid!

The 22-year-old has thus become the Spanish giants' fourth most expensive signing of all time, according to Transfermarkt, with the club having paid more for only Cristiano Ronaldo, Gareth Bale and Eden Hazard.

After completing a medical earlier on Tuesday, Tchouameni has now been unveiled as a Los Blancos player for the first time, in a presentation ceremony at Real Madrid City, where it was also revealed he will wear the No. 18 shirt.

"Hello everyone! I'm very happy to be here and to start my story at Real Madrid, the greatest club in the world,” Tchouameni said at his unveiling, per the club's official Twitter account.

"I'm very happy and we're going to work hard to win more titles for this club. Thanks to the president, my agent and my family for being here. Hala Madrid!"

The French youngster will face some stiff competition at his new club, where he will be sharing game time in the middle of the park with Luka Modric, Toni Kroos, Casemiro, Eduardo Camavinga and Federico Valverde.

Here are Real's most expensive signings ever!