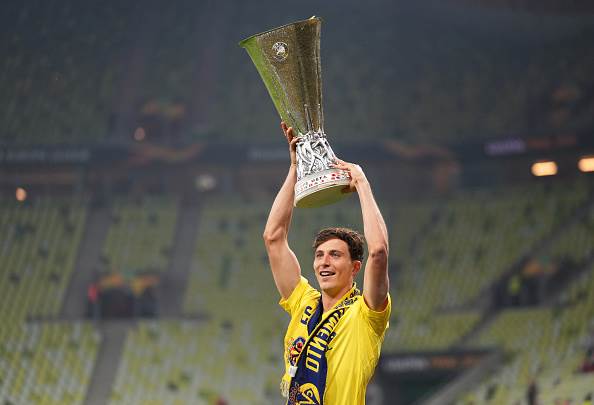 Real Madrid are reportedly planning to approach Paris Saint-Germain with a record-breaking offer for Kylian Mbappe.

The LaLiga giants are reportedly frustrated with the slow negotiations for the player so far, and are ready to speed up talks with PSG by launching a club-record bid of £102 million (R2 billion) for the France international, per Spanish new outlet Diario AS.

It is further claimed that if the offer is not accepted, Florentino Perez's Los Blancos are prepared to wait until the end of the 2021/22 campaign, when Mbappe's contract is set to expire, to sign the Frenchman on a free transfer.

The 22-year-old has been heavily linked with a move to the Spanish club ever since he reportedly told the PSG hierarchy, after returning from vacation in July, that he plans to leave the Parc des Princes in June 2022.

Les Parisiens president Nasser Al-Khelaifi could find himself in a difficult position as he can either keep Mbappe and hope that he agrees to remain at the club beyond June 2022, or risk losing for free a player they paid a reported £130 million (R2.6 billion) for just three years ago.

Al-Khelaifi is also reportedly hoping that the club's business in this window – Georginio Wijnaldum, Sergio Ramos, Achraf Hakimi, Gianluigi Donnarumma, Danilo Pereira, and Lionel Messi have all been signed up – will tempt the 22-year-old into signing a new deal, but it remains to be seen whether or not the incomings have convinced Mbappe to stay in Paris.