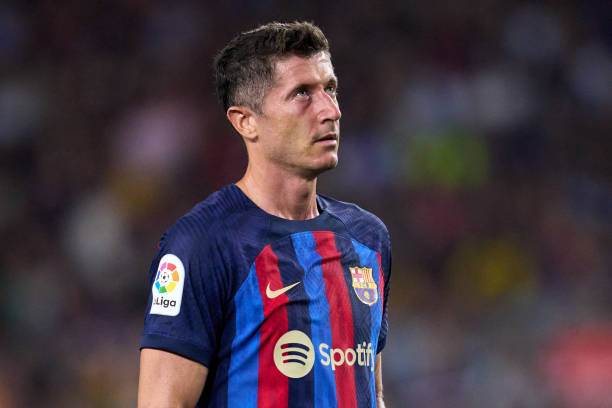 The superstar was posing for photographs with supporters and signing autographs in his car before an afternoon session of training when a thief opened the passenger door and stole his watch, said to be worth around €70 000 (R1.1 million), according to Marca.

The Poland international then attempted to chase the robber down, but the suspect got away.

Lewandowski is said to have call the police immediately afterwards, who took his statement before they tracked down the criminal, detained him and recovered the stolen object.

The incident, however, did not stop the 33-year-old from attending training ahead of Barca's match against Real Sociedad on Sunday.

The robbery is not the first time unsavoury scenes have taken place at the club's Ciutat Esportiva Joan Gamper in recent weeks, with supporters having gathered there and then hurled insults at midfielder Frenkie de Jong after reports suggested that the Dutch midfielder would not take a pay cut as requested by the club.

According to ESPN, the Blaugrana will now make changes to increase the security around the training ground to avoid such incidents from taking place in the future, with players having previously complained about stunts pulled by people taking videos for social media.

Here are Barca's 10 highest-paid stars today, and what their gross weekly earnings are, per Capology