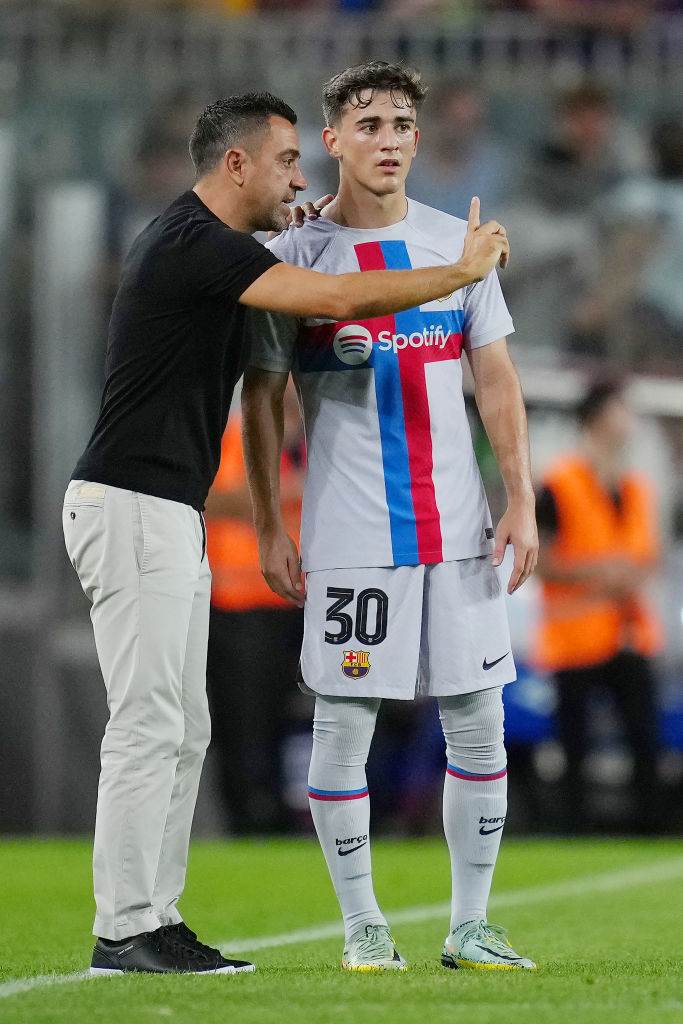 FC Barcelona manager Xavi Hernandez has reserved some special for young midfielder Gavi after the side's win over Sevilla.

The Catalan giants maintained their unbeaten start to the season with a 3-0 win at the Ramon Sanchez-Pizjuan Stadium on Saturday night.

Raphinha got his first goal for the club, while Robert Lewandowski and Erica Garcia also got on the score-sheet as Barcelona moved up to second spot.

“It doesn’t surprise me, I see him train every day”, Xavi said, as per Marca.

“It’s down to hard work, discipline and heart.

“He was the best player in the game, because of his intensity, fight, passing, high pressing – he has heart in his legs.”

“Pedri and Gavi have worked very well. It was a very physical game and the midfield had to work hard, as well as the wingers,” he added.

”I know what Ousmane is capable of, I like the way he plays, in attack, how he works in defense, he is supportive, everyone at the top helps. Robert also works a lot.

“It’s not just the goal, it’s how he drops balls, controls, decides... how he orders high pressure. He’s a fantastic player. He helps us a lot. He has leadership. He helps everyone. He’s a winner. Humble. It’s great to have him on the team.”