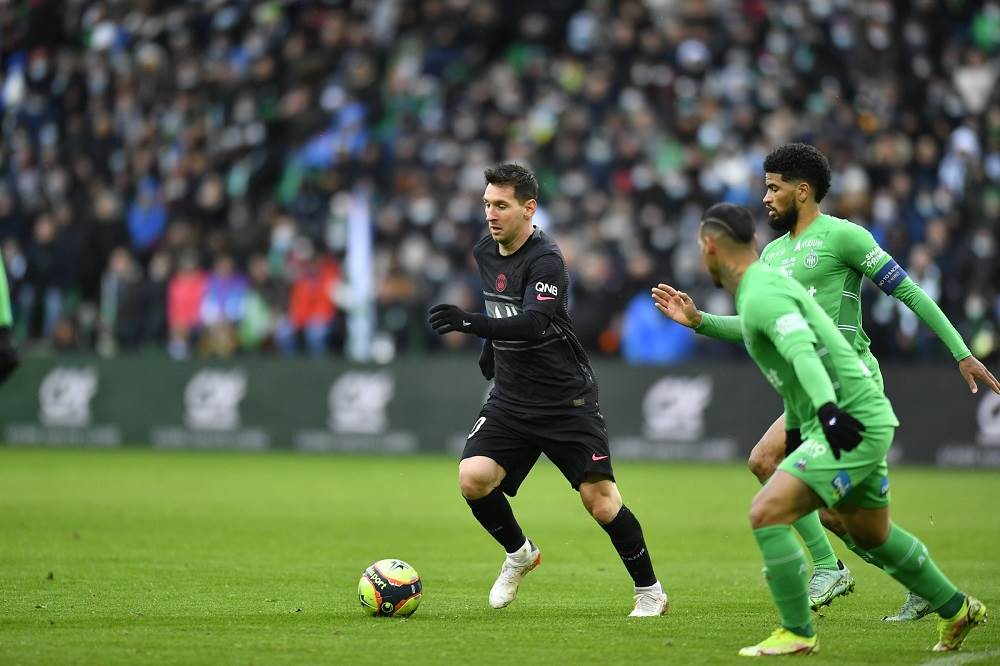 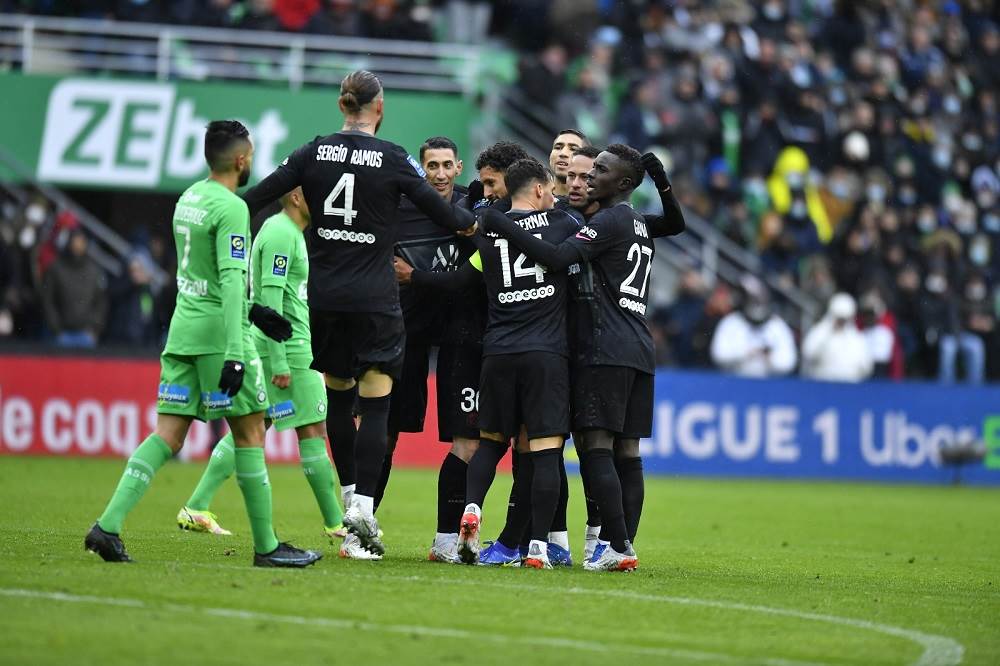 Paris Saint-Germain came from behind to overcome Saint-Etienne 3-1 in Ligue 1, with Lionel Messi getting three assists on Sunday afternoon.

One of PSG’s high-profile off-season signings Sergio Ramos finally made his debut, and shifted in the heart of defence where Gianluigi Donnarumma covered the gloves between the sticks.

Barring the shuffle, the Parisans trailed the host at the midway stage when Denis Bouanga managed to evade the offside trap to unleash a loose pass from close-range beyond Donnarumma.

The Parisans should’ve been back level seven minutes towards halftime with Kylian Mbappe on the end of a pin-point delivery, but he had his ventures smothered.

Etienne finished the half with a man down after Timothee Kolodziejczak walked the plank for a lunging challenge on Mbappe.

The visitors were level ahead of halftime when Brazilian international defender Marquinhos feed off an assist from Lionel Messi to head in. 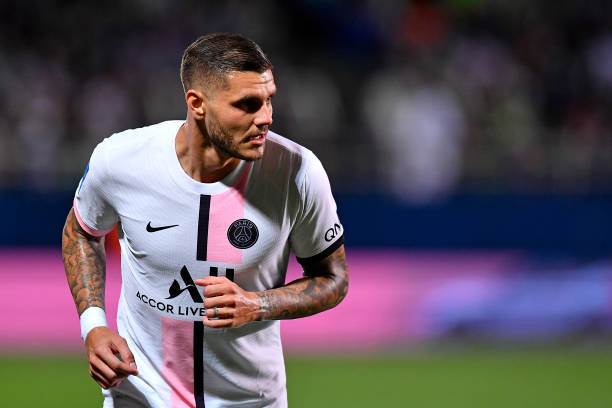 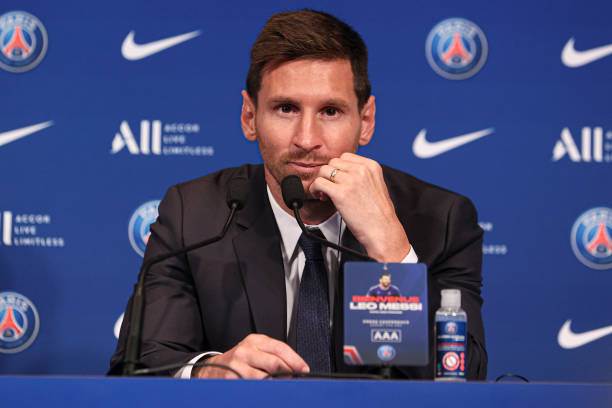 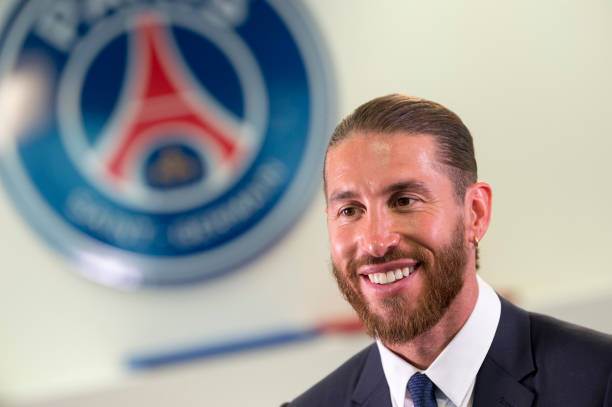 Etienne showed a double substitution ahead of the second half in Zaydou Youssouf who replaced Adil Aouchiche and Harold Moukoudi that took the spot of Alpha Sissoko.

With the second spell off the mark, the Parisans and their counterparts battled to carve out chances as the balance of play remained evenly poised towards the final quarter.

The match continued to see little in the way of clear-cut openings late on with neither side keen to go all out for the winner.

That changed though with over ten minutes to go after another assist from Messi released Angel Di Maria into space with a flick-on to see the latter apply a clever finish.

Etienne’s troubles weren’t over as Marquinhos bagged a brace in added time when he charged into the area to head in Messi’s floating delivery to see the tie to conclusion.