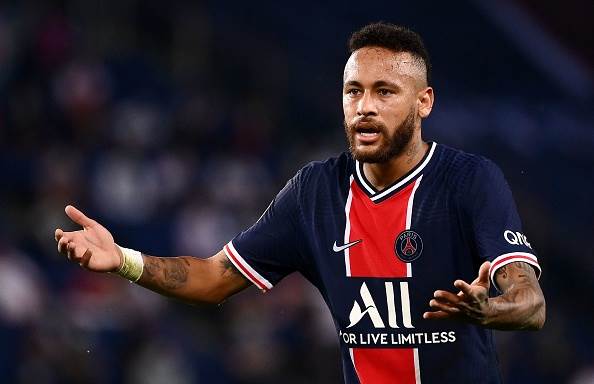 Neymar was one of five players to receive his marching orders during PSG's 1-0 defeat to Marseille on Sunday when he found himself at the centre of a fiery confrontation with Alvaro Gonzalez, which culminated in him slapping the l'OM defender on the back of the head.

The Brazil forward was promptly expelled from the encounter, but subsequently accused his opponent of directing racial slurs at him during their exchange, taking to social media to call for action to be taken against the Spanish defender. Angel Di Maria has also been called to appear before the disciplinary committee after video footage emerged of the Argentina winger spitting on Gonzalez during the furore.