The latest on Messi's future amid Barca rumours 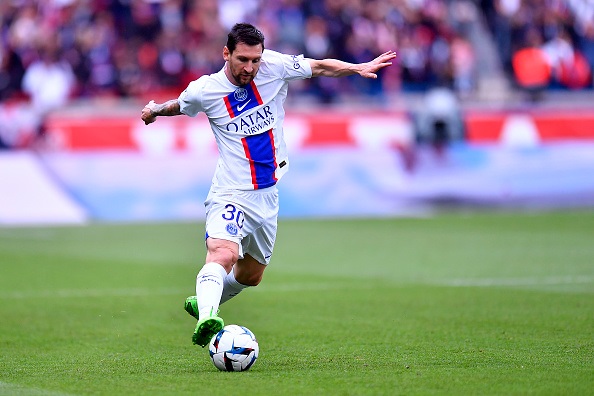 With FC Barcelona reportedly keen to take Paris Saint-Germain superstar Lionel Messi back to the Camp Nou next season, here is the latest on the Argentine's future.

Both Barca president Joan Laporta and manager Xavi Hernandez have made it known they would love to see the 35-year-old make a sensational return to his boyhood club.

Prior to his shock departure in August 2021, Messi had been the face of the Catalan side for more than a decade, and club chief Laporta has admitted to being indebted to the Blaugrana's all-time top goalscorer.

"I feel indebted to Leo Messi. I would like him to end his career in a Barca shirt, and be applauded at all the stadiums," he said in August, according to the Metro.

"I feel partially responsible for how things ended, and I feel that this is a temporary end and that we will make this dream a reality. At least that is the dream."

With Messi's contract at PSG set to expire at the end of the current season – although it is understood there is an option of a further year should both parties agree – journalist Fabrizio Romano has now offered the latest on the situation.

"Leo Messi will not make any decision on his future in the next weeks or months," the transfer expert wrote on Twitter.

"[He is] focused on Paris Saint-Germain and then [the] World Cup, nothing will be decided or planned before the World Cup.

"Despite PSG new deal plans and Barca interest, Leo will not proceed before 2023."

Les Parisiens, meanwhile, are understood to be keen to have the Argentine extend his stay at the club by two years, which would see him only depart the Parc des Princes in 2024.

Following a disappointing first season in Paris by his standards, Messi seems to have now got into his stride in Ligue 1. In the 2022/23 campaign to date, the Albiceleste captain has registered four goals and seven assists in just nine matches across all competition.

Related Links
Chelsea 'considered' ex-Morocco boss as Tuchel successor
World Cup drama: Country to be kicked out?
Boehly: Why we parted ways with Tuchel
Next on KickOff
'What makes Mbappe better than Haaland'