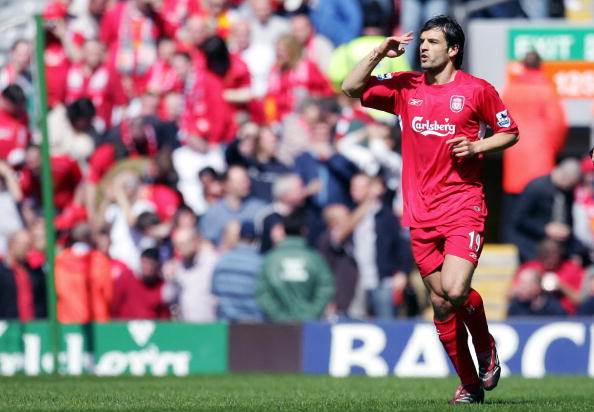 The Egypt talisman has been in impressive form in the 2021/22 campaign so far, and with a new contract with the Reds said to be in the works, it has now been suggested that the forward should consider joining Real Madrid.

Former Manchester United defender Gary Neville believes it is unlikely that the Pharaohs star will be a Liverpool player for the rest of his playing career, and feels that Salah must "experience Real".

"I don't think he will stay at Liverpool for the rest of his career," he told Sky Sports.

"It's my personal view. It's always been that view but I could be wrong. The Premier League would be weaker if he left

"I just think you look at someone like Cristiano Ronaldo, [David] Beckham, [and Kylian] Mbappe, it's not all about the money. There's a project and there's something they have to achieve in their lives.

"They have to play at certain clubs, they have to go and experience certain things.

"I think Salah's got to experience Real Madrid, the Bernabeu. Real Madrid are going to come back.

"I think he's done an unbelievable job at Liverpool. I've just always felt he wants a Paris, a Real Madrid, a Barcelona, and I think he'll go and get it. But I might be wrong."