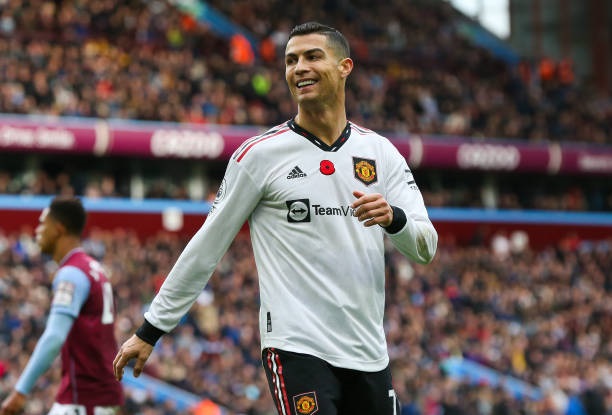 Premier League giants Chelsea are reportedly set to have a change of heart regarding Manchester United star Cristiano Ronaldo amid the latest development in his career.

The Portuguese forward has reportedly caused unrest in United's dressing room, with his recent explosive interview with Piers Morgan having not gone down well with the club's hierarchy and some of his teammates.

Read: Ronaldo names the team he wants to win the EPL

Soon after snippets of the interview were released, it was said that some of Ronaldo's playing colleagues could not understand the timing of the tell-all conversation.

Recent reports suggest that the Manchester club is thus considering suing the 37-year-old for a breach of contract, which could see the superstar miss out on the remainder of the earnings from his current deal.

Chelsea are one of the teams who were believed to be eyeing a move for the striker in the previous transfer window, but ended their pursuit of the player after then-manager Thomas Tuchel resisted the chance to sign the Portugal captain.

However, according to the Daily Mirror, the sudden new development in Ronaldo's situation at Old Trafford has put the Blues back on alert, and they could consider making a move for the player if his Red Devils contract is terminated.

The report adds that United were reluctant to see the striker join a top-four Premier League contender, but a termination of contract would give the London side a free run at signing the veteran.

While Tuchel was against bringing Ronaldo to Stamford Bridge, Chelsea co-owner Todd Boehly appears to be persistent in his desire to make the marquee signing, although some believe new manager Graham Potter would also not be in favour of signing the assertive figure.

WATCH: RONALDO EXPLAINS THAT HIS HOMECOMING AT OLD TRAFFORD WAS MORE EMOTIONAL THAN RATIONAL