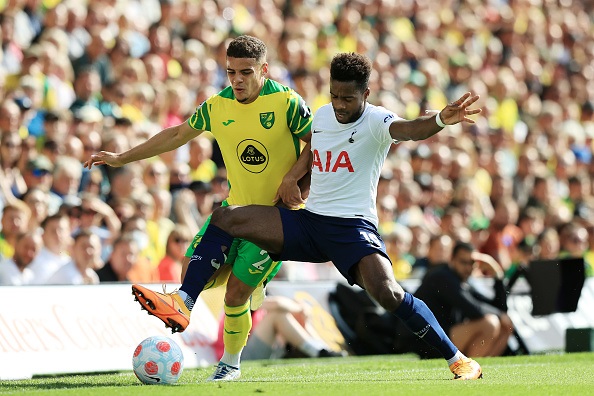 Wan-Bissaka ranks 22nd second in terms of minutes played in the United squad so far this season, having only been included in a matchday squad five times and playing just four minutes of football, per Transfermarkt.

The former England U21 star, who set the Red Devils back €55 million (R995 million) when he joined from Crystal Palace in 2019, is evidently not a part of new boss Ten Hag's plans.

Following the club's narrow 1-0 win over West Ham United on the weekend, the Dutch coach was asked about first-choice right-back Diogo Dalot's development, and in responding, he hinted at finding a trusted deputy to the Portuguese defender.

"He [Dalot] has the breath to go up and down [the flank] so the development is really good, but I have to mention, I think a club like Man Utd need two good fullbacks because we have a lot of games to cover."

Now, according to Football Insider, the Manchester outfit are preparing to revisit their interest in Norwich City star Max Aarons.

The English giants are said to have long been interested in the player, and it is believed it would take a fee in the region of £15 million (R315 million) to sign the 22-year-old, who has two Premier League seasons under his belt with the Canaries.

It is further claimed that Aarons fits the profile Ten Hag wants, although United have also been linked with sought-after Bayer Leverkusen star Jeremie Frimpong.