Paris Saint-Germain boss Mauricio Pochettino on the verge of the sack? 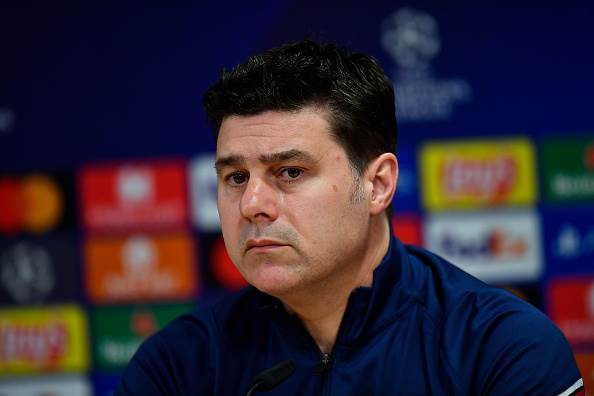 The French giants suffered a disappointing exit from Europe's elite club competition after losing 3-1 at the Santiago Bernabeu, which sealed a 3-2 aggregate victory for Real Madrid.

The Parisians were widely considered to be the favourites between the two sides to go through to the next stage as the Spanish giants had gone into the match with key absentees in the form of Casemiro and Ferland Mendy.

However, despite going into half-time leading 1-0 on the night and 2-0 on aggregate, Les Parisiens crumbled thanks in large part to Karim Benzema, whose quick-fire hat-trick ensured the end of the road for the Ligue 1 outfit in Europe this season. Pochettino's job is thus believed to be on the line following the team's capitulation, with a report by The Telegraph claiming that the Argentine is on the brink of getting sacked as the pressure continues to mount.

In a post-match interview, the 50-year-old admitted it would be difficult to win the fans back over following that result.

"The next few weeks are not going to be easy," he said, according to the Daily Record.

"It's simply impossible to discuss about (Kylain's Mbappe's future) right now, it's not the right moment.

The former Tottenham Hotspur boss arrived at the Parc des Princes to replace Thomas Tuchel in January 2021, but after a year on the job, talk of him being succeeded by Zinedine Zidane has continued to linger in the French media.

Various English news outlets have also suggested that reports of his imminent sacking are a boost for Manchester United as he is considered to be one of the favourites to take charge of the Red Devils from next season.

Should he be relieved of his duties by the French giants within the nxt few days or weeks, this could pave the way for United to secure his signature for the seasons ahead.