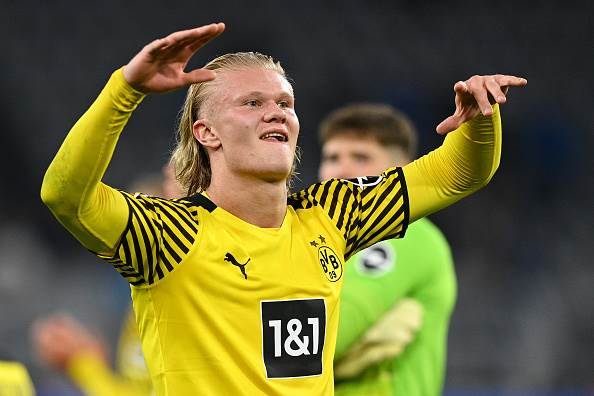 The Borussia Dortmund striker has been the subject of a lot of speculation, with several of the world's biggest clubs said to be eyeing the youngster, including Manchester United, Paris Saint-Germain, Liverpool, and Manchester City.

However, reports in Spain now suggest that the wonderkid could be set to join Los Blancos in the coming months.

According to Diario Madridista, Real have moved ahead of other suitors to land the former Red Bull Salzburg star's signature, with it being said that the Spanish club has a "verbal pact" with Dortmund to sign the coveted forward.

It is further claimed that Haaland is also keen on being a part of a Los Blancos revamp that could see him line up alongside French superstar Kylian Mbappe, whom many believe will also head to the Santiago Bernabeu in the next few months.

Although the 13-time UEFA Champions League winners signed teenager Eduardo Camavinga earlier this month, their apparent lack of spending in the previous few transfer windows is believed to be in preparation for some big business over the next year or two.

Here are the 10 costliest squads in Europe's top five leagues, and how much was spent putting their current team together, per the CIES Football Observatory