REVEALED: The threat Ronaldo made to his agent before Saudi move 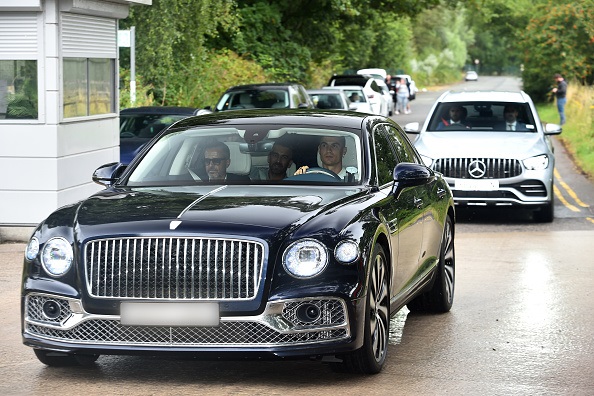 The threat Cristiano Ronaldo issued to his former agent Jorge Mendes ahead of his big-money Saudi Arabia move has now reportedly been revealed.

Ronaldo's move to the Middle East still has many talking, and will continue to do so as more information around the transfer emerges.

Earlier this month, there were reports suggesting that the Portugal forward gad split up from his long-time agent in the lead-up to his blockbuster move to Al Nassr.

Now, Spanish news outlet El Mundo has claimed that the veteran striker issued an ultimatum to Mendes ahead of the current season as he was desperate to compete in the 2022/23 UEFA Champions League, a competition Manchester United had missed out on.

The player is said to have unequivocally demanded of the agent: "Either you get me Chelsea or Bayern [Munich], or we break up!"

Mendes ultimately failed to get such a deal done, with the German giants rejecting the opportunity to secure his services after their board voted against signing the five-time Ballon d'Or winner for both sporting and financial reasons.

Chelsea, meanwhile, were said to be keen on the player at the time, but then-Blues manager Thomas Tuchel opposed the idea despite new co-owner Todd Boehly agreeing to having the player join the Blues. This, in part, led to the German tactician's sacking just seven matches into the season, with the London outfit stating that the abrupt departure was due to sporting differences.

While Mendes sought a transfer for his biggest client, Ronaldo missed the Red Devils' pre-season training schedule citing family issues for his absence, although there were rumours he was buying time as he waited for his next move. This may have backfired, though, as it is believed his decision to stay away from preseason put potential suitors off further.

Ronaldo eventually stayed at United, with more clubs, including Olympique Marseille and Inter Milan, declining the opportunity to snap him up.

This seemingly spelled disaster for Mendes' relationship with the forward, and things would take turn for the worse when the Real Madrid legend decided to have a tell-all interview with British broadcaster Piers Morgan in November, one the Portuguese agent had advised against.

Their lengthy relationship, which dates back to 2002, is said to have thus come to an acrimonious end, with Ronaldo calling upon his friend Ricardo Regufe to broker the record-breaking deal worth £175 million (R3.7 billion) a year for him to join Al Nassr.