Senegal-Egypt rematch on the cards? 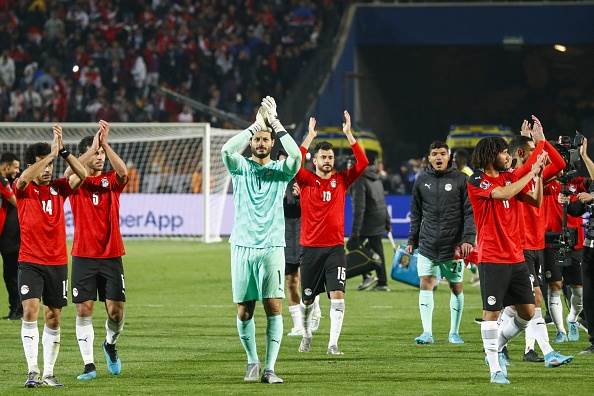 The Egyptian Football Federation (EFA) has revealed its plan to request a rematch against Senegal after their 2022 FIFA World Cup hopes were crushed on Tuesday.

The EFA are contesting the conditions under which the second leg of their Qatar 2022 qualifying play-off at the Diamniadio Olympic Stadium in Senegal took place.

The Egyptians went into that fixture with a 1-0 advantage, but the Lions of Teranga quickly took the lead to level the score on aggregate, before later forcing the tie into extra-time and then penalties.

However, they would once again taste defeat at the hands of the 2021 Africa Cup of Nations champions, who had beaten them to the continental crown in the same fashion almost two months earlier.

However, this time the shootout was marred by controversy as the Pharaohs' penalty-takers, including Mohamed Salah, were targeted with lasers, seemingly in a bid to distract them while taking their spot-kicks.

This, along with other controversial incidents that occured around the match, saw the North Africans' football governing body lay a complaint with CAF and FIFA.

EFA president Gamal Allam has revealed they are hoping for a replay, and further explained the difficult circumstances the team faced.

"In Egypt, we treated Senegal well and they were protected since the moment they arrived," Allam said, per KingFut.

"When we arrived in Senegal, we were insulted at the airport and we received bad treatment from the workers there.

"When we arrived at the stadium, the bus driver didn't enter directly, he kept driving around for us to see the fans cursing at us and insulting us.

"We filed an official complaint to FIFA and CAF and we will talk to the FIFA president Gianni Infantino about the situation. The match took place in a terrible atmosphere.

"We will show the evidence of the laser they used during the game, the abuse we received while we were inside the bus, and the water bottles were thrown at our goalkeeper."

Here are the 10 highest-ranked African nations today, according to FIFA!