Ronaldo, who remains Los Blancos' all-time leading goalscorer with 450 goals, has been linked with a return to the club following Juventus' early elimination from the UEFA Champions League to FC Porto last week.

The Bianconeri's exit from the competition is said to have compounded the club's worsening financial position and the reigning Serie A champions are now reportedly considering offloading the 36-year-old, who is their highest-paid player.

Amid the speculation surrounding Ronaldo's future, the five-time Ballon d'Or winner has been linked with a sensational return to Madrid and his former boss Zidane has admitted that a reunion could be on the cards for the club's prodigal son. 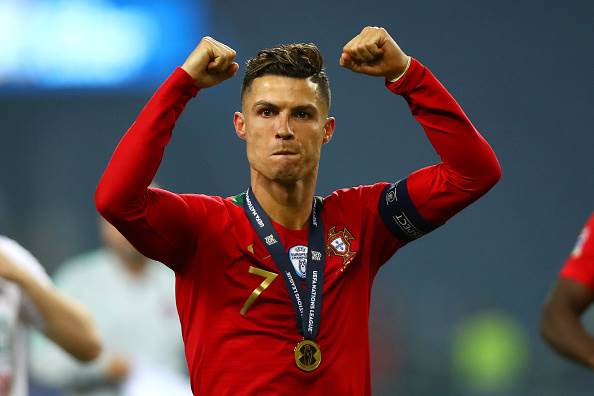 "Yes, it may be," the Los Blancos boss told Sky Sport Italia when asked if the rumours were true. "We know Cristiano, we know the person he is and everything he has done here.

"But now he's a Juventus player and we must respect this. Let's see what the future will be. I was lucky enough to coach him and he is very impressive. Right now, he's helping Juventus."

The Portugal star spent nine highly-successful seasons with Real between 2009 and 2018 where he scored a club-record 450 goals in 438 appearances and won no fewer than 15 major honours with the club, including four Champions League crowns.

Ronaldo has also been linked with a return to former side Manchester United, while Major League Soccer outfit Inter Miami and Ligue 1 giants Paris Saint-Germain have both also been credited with an interest in his services.