The biggest-spending clubs since 2011 Scroll through the gallery to see the biggest-spending teams, and how much they paid for new signings, since 2011 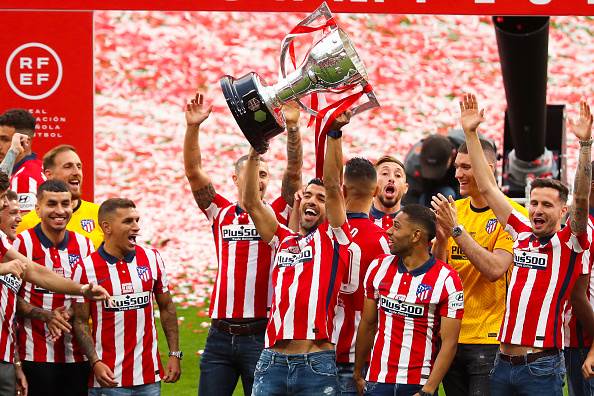 With Manchester City, FC Barcelona and Paris Saint-Germain known for being big spenders, here are the 10 clubs that have spent the most money on transfers since 2011!

According to Transfermarkt, and perhaps unsurprisingly, the three abovementioned teams are among the 10 highest-spending clubs of the past decade.

Scroll through the gallery above to see the biggest-spending teams, and how much they paid for new signings, since 2011

This spending power has translated into silverware, with the Citizens having won five Premier League titles in the past 10 years, the most by any club in the English top flight during that period.

Although they might find themselves in an unfavourable financial situation currently, Barcelona have also been one of the biggest spenders of the past decade, having invested a mouthwatering €1.47 billion (R25 billion) on players since the beginning of the 2011/12 season.

Unfortunately for the LaLiga club, though, they are now desperately trying to offload some of those big-money signings, including Antoine Griezmann, who joined the Blaugrana for a whopping €120 million (R2 billion) from Atletico Madrid in 2019.

Paris Saint-Germain still hold the record for the most expensive signing in football history, when they paid €222 million (R3.8 billion) to sign Neymar from Barcelona in 2017.

The French club has also flexed its financial muscle in the current window, having acquired the services of Morocco International Achraf Hakimi from Inter Milan for a hefty sum.

According to Transfermarkt, PSG will pay €60 million (R1.02 billion) for the former Real Madrid fullback, plus possible bonuses worth up to €11 million (R188 million).

Other biggest spenders of the past decade include Juventus and Real Madrid – scroll through the gallery to find out more, and who is in the top spot!