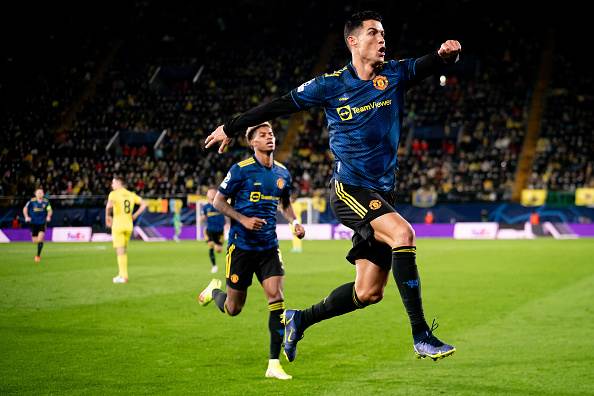 Manchester United superstar Cristiano Ronaldo set yet another UEFA Champions League record as he helped guide his side to the competition's round of 16 with victory over Villarreal on Tuesday.

Ronaldo opened the scoring in the 78th minute following an error between Villarreal goalkeeper Geronimo Rulli and midfielder Etienne Capoue, under pressure from United midfielder Fred, which provided the striker with the opportunity to lob the ball over the keeper to give his team the lead in the tie.

His goal ensured that he became the first footballer from an English team to score in the first five matches of a European Cup/Champions League campaign.

The first player to score in each of the opening five games of a Champions League campaign for an English club.#UCL #OptusSport pic.twitter.com/AkWflpFw3i

Fellow new recruit Jadon Sancho also got on to the scoresheet with his debut strike for the Red Devils as the match finished 2-0, with United securing progress to the next stage of the tournament.

While the Manchester club has had a turbulent start to the campaign, Ronaldo has been somewhat of a shining star for the side, with his strike against Unai Emery's Yellow Submarine being his sixth goal in five Champions League games this season.

The five-time Ballon d'Or winner has now also taken his goalscoring tally in the UCL to 140 goals in 181 appearances.